The Lincoln Project — the notorious group of supposed conservatives who were out to get former President Donald Trump but ended up disgraced and humiliated — continues to demonstrate a stunning lack of self-awareness and basic intelligence.

Joining the legion of left-wingers who sing the praises of Antifa — the lawless, militant thugs who disguise their identities while ganging up and terrorizing those who get in their way — the Lincoln Project used the anniversary of D-Day to equate Antifa with the soldiers who stormed Normandy’s beaches to fight Adolf Hitler and Nazis in World War II.

The work of opposing fascism is as American as apple pie. As we again face the rise fascism — this time on our own… https://t.co/xaZveMV4m9

“The work of opposing fascism is as American as apple pie,” the text of the group’s Twitter post read. “As we again face the rise fascism — this time on our own shores — that work must continue.”

The ad included a video whose narrator actually referred to the World War II allies as “Antifa” — as if any of those incredibly brave and honorable soldiers would be caught dead participating in any of Antifa’s thuggish behavior.

How did folks react?

Incredibly, the tweet has received over 10,000 likes since Sunday, as well as a number of kudos-drenched comments. But not everybody is buying what the Lincoln Project is trying to sell:

And a couple more: 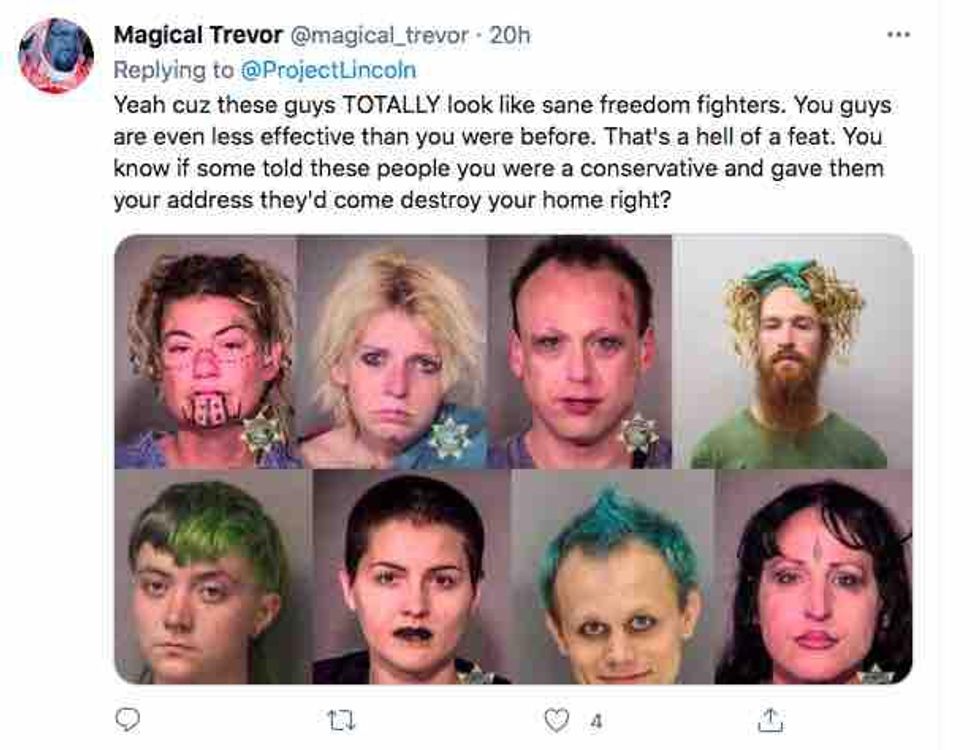 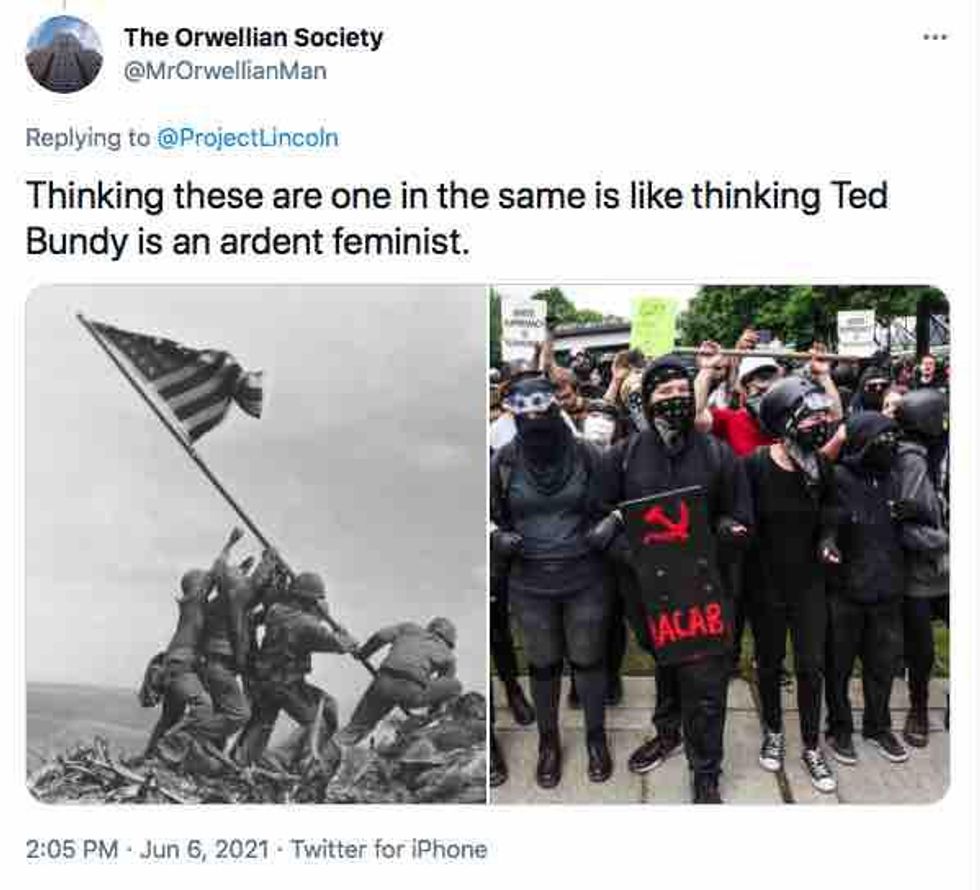 The left figured out immediately after Trump’s 2016 election that they could get away with street violence and destruction in most cases. Antifa was born from that realization and has flourished in left-wing cities like Portland and Seattle, as arrested thugs are often released with no bail. During last summer’s rioting, woke celebrities and other left-wingers with deep pockets financed bailouts and legal defenses for many arrested militants across the country.

The gaslighting only grew from there, as leftist politicians like President Joe Biden repeated the false claim that Antifa isn’t an organization but an idea. Democratic U.S. Rep. Jerry Nadler (N.Y.), chairman of House Judiciary Committee, said last summer that Antifa is a “myth.” Nothing more than the left-wing playbook talking point that a Big Lie repeated often enough starts to become true.

But we have the receipts. Antifa militants are so convinced of their righteousness that they hide their identities behind masks and goggles as they wreak havoc on the streets. They plot to kill police. They intimidate people who take video of their lawlessness and order them to put their cellphone cameras away. Again, why? Especially when their cause is so apparently righteous?

After, a man with a baton began verbally antagonizing the group of counter protesters.

A number of them rushed him… https://t.co/GJ2q5swa8c

They habitually attack victims from behind — and then run away. They do their fighting in groups and typically target one individual, or at best a much smaller group to ensure their tiny victories.

But when face to face with a larger group of opponents, they are rather easily defeated.

In short, Antifa militants are bullies — and when it comes down to it, sissies. The opposite of the Allies in World War 2.