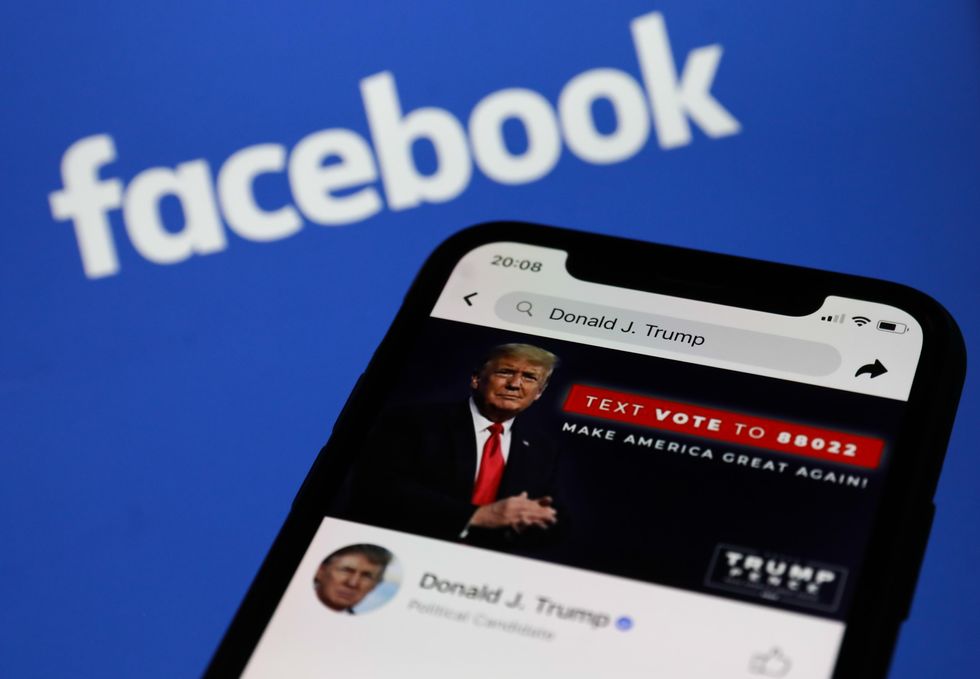 Facebook has suspended former President Donald Trump for two years in response to a company Oversight Board ruling, the Washington Post reported on Friday.

The social media giant suspended Trump in January following the Jan. 6 attack on the U.S. Capitol and later determined that his suspension would be on an indefinite basis.

The company’s Oversight Board ruled, however, that two years is a suitable timeframe, and that an indefinite suspension simply lacked reason.

A
blog post on the company’s website states that the network will only reinstate the former president’s credentials “if the risk to public safety has receded.”

The Post reported, “In ruling on whether the social network should reinstate Trump’s account on its service, the largely independent Facebook-funded Oversight Board said the social media company was correct in suspending him in the moment but lacked a clear rationale for keeping him off the platform indefinitely.”

In the posting, Facebook Vice President of Global Affairs Nick Clegg said, “We know that any penalty we apply — or choose not to apply — will be controversial. There are many people who believe it was not appropriate for a private company like Facebook to suspend an outgoing president from its platform, and many others who believe Mr. Trump should have immediately been banned for life. We know today’s decision will be criticized by many people on opposing sides of the political divide — but our job is to make a decision in as proportionate, fair, and transparent a way as possible, in keeping with the instruction given to us by the Oversight Board.”

The announcement accompanied a graphic depicting how the company will roll out similar suspensions going forward, highlighting “heightened penalties for public figures during times of civil unrest and ongoing violence.”

Depending on the violation, those people will be banned for a period of a month up to two years, and any “violations after initial restrictions” are subject to “heightened penalties, up to and including permanent removal.”

Clegg added, “In establishing the two year sanction for severe violations, we considered the need for it to be long enough to allow a safe period of time after the acts of incitement, to be significant enough to be a deterrent to Mr. Trump and others from committing such severe violations in future, and to be proportionate to the gravity of the violation itself.”

Poll: 5 of Biden’s 7 most unpopular executive orders are on immigration

COVID-19 Reminded Us Of Just How Unequal America Is