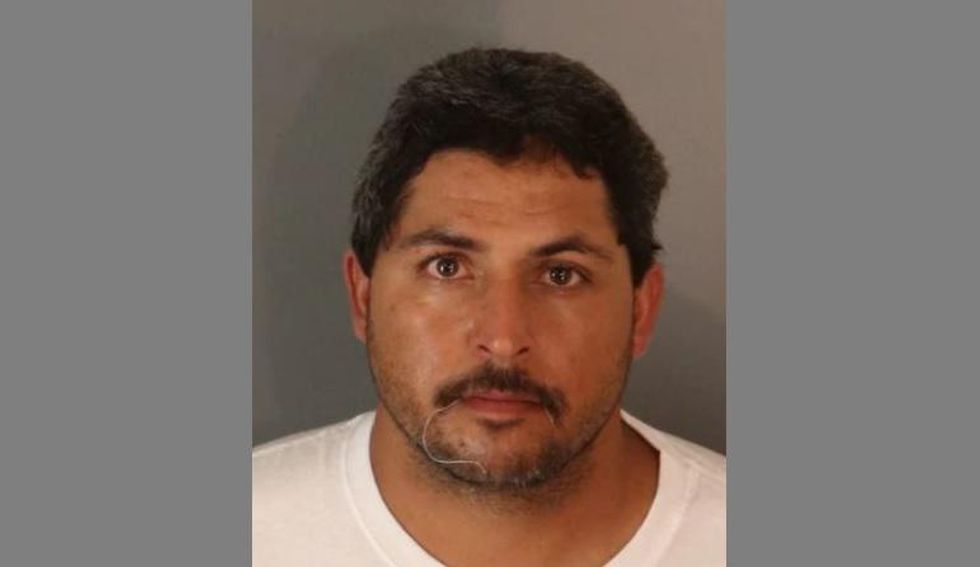 A California man with a prior record is facing the possibility of life behind bars for attempted murder after officials say he fired a BB gun at a vehicle carrying three passengers. Authorities believe he is responsible for many more similar incidents.

Officials believe Jesse Leal Rodriguez, 32, is the person who allegedly fired a BB gun and shattered the window of a Tesla with three passengers inside earlier this week, The Orange County Register reported. He was arrested on three counts of attempted murder and three counts of assault for the incident that happened in Norco.

KTLA-TV reported that prosecutors say Rodriguez faces the possibility of life in prison if convicted on all counts, because he has a prior “strike” conviction.

Rodriguez allegedly fired a BB gun at the Tesla on Tuesday. None of the occupants of the vehicle were injured.

Witnesses told investigators that the person responsible was driving a maroon Chevrolet Trailblazer. Authorities were able to track down Rodriguez, and a search of the vehicle recovered a BB gun, BBs, and other purported evidence that was not disclosed.

“Shooting at moving vehicles with a BB gun or pellet gun while traveling at high speed on our roads or freeways is incredibly dangerous,” Riverside County DA Mike Hestrin stated in a press release. “Shooting out windows of cars could easily startle drivers in traffic and cause a major accident.”

The area has seen a rash of similar instances in the area, and officials think Rodriguez has something to do with others — even though, so far, he has only been charged with one.

“Rodriguez is suspected of 7 cases of firing a BB gun at occupied vehicles while those vehicles were being driven,” California Highway Patrol investigator Steven Cuevas wrote in court filings, according to The Register. “Rodriguez was in possession of a BB gun and his vehicle was identified. Numerous CHP areas are currently investigating well over 100 similar incidents, some of which could possibly be linked to Rodriguez.”

Biden accused of ‘sickening’ comments about young girl, including her legs: ‘Looks like she’s 19’

West Virginia is offering guns to incentivize people to get vaccinated

It might just be game over for the Iowa caucus