Biden praises Rep. Rashida Tlaib after she confronts him on Israel – and he mispronounces her name three timesMay 19, 2021 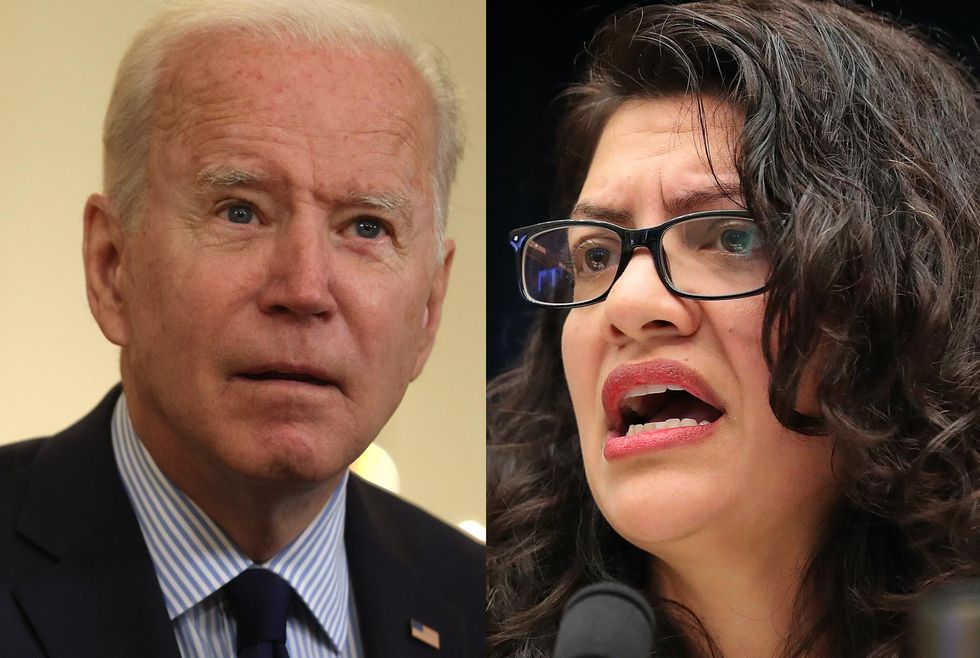 President Joe Biden’s attempt to heap praise on Rep. Rashida Tlaib (D-Mich,) during his speech at a Ford factory was undermined by his inability to pronounce her name correctly despite trying three times.

Biden was visiting the Ford Rouge Electric Vehicle Center in Dearborn, Michigan, on Tuesday when he made the remarks. He appeared to call the controversial far left congresswoman “Rashid” instead of her name, “Rashida.”

“I tell you what, Rashid, I want to say to you that I admire your intellect, I admire your passion, and I admire your concern for so many other people. And from my heart, I pray that your grandmom and family are well, I promise you I’m gonna do everything to see that they are, in the West Bank,” he added.

“You’re a fighter and God thank you for being a fighter,” Biden said as the audience applauded.

The comments came after Tlaib confronted Biden on the tarmac of Detroit Metropolitan Wayne County Airport about the mounting death count in the military conflict between Palestinians and Israel.

Biden angered many on the far left when he said in a statement on Wednesday that Israel had a right to defend itself against the rocket attacks being fired from the Gaza Strip.

Tlaib responded angrily by pointing out that Biden’s statement made no mention of the Palestinians at all.

“How many of my colleagues are willing to say the same, to stand for Palestinian human rights as they do for Israel? How many Palestinians have to die for their lives to matter?” she said in a speech on the floor of Congress.

Tlaib is the only Palestinian-American representative in Congress. She has been accused of using anti-Semitic themes that allude to the complete removal of the state of Israel.


Joe Biden Says He Admires Radical Anti-Israel Rep. “Rashid” Tlaib, Thanks Her For Being A “Fighter”

Trump escapes conviction but even his allies say he’s damaged

Politics Podcast: Why Did Down-Ballot Democrats Have Such A Mediocre Showing?