News Politics
May 4, 2021 admin 0 Comments US
Bad behavior on flights soars: FAA says number of reported cases this year is 10 times annual average — and we’re only 4 months in

Travel season is picking back up, and the Federal Aviation Administration has a serious warning for airline customers: There has been an enormous and very concerning spike in unruly and dangerous behavior by passengers aboard flights this year, so watch your step.

What’s happening in the friendly skies?

Despite the fact that the number of flights per day is still well below the daily average of recent years, the FAA revealed that the number of reported incidents in 2021 is about 10 times the annual average — and we are only four months into the calendar year.

According to NBC’s “Today,” the FAA said it sees between 100 and 150 formal cases of bad behavior by passengers in a typical year. Since January, the agency said, there have been 1,300 reported cases — even though air travel still remains way below pre-pandemic levels.

The bad behavior includes refusal to wear masks, excessive drinking, and assault — both physical and verbal — on crew members and other passengers. The attacks include political intimidation and harassment of lawmakers, the agency said. 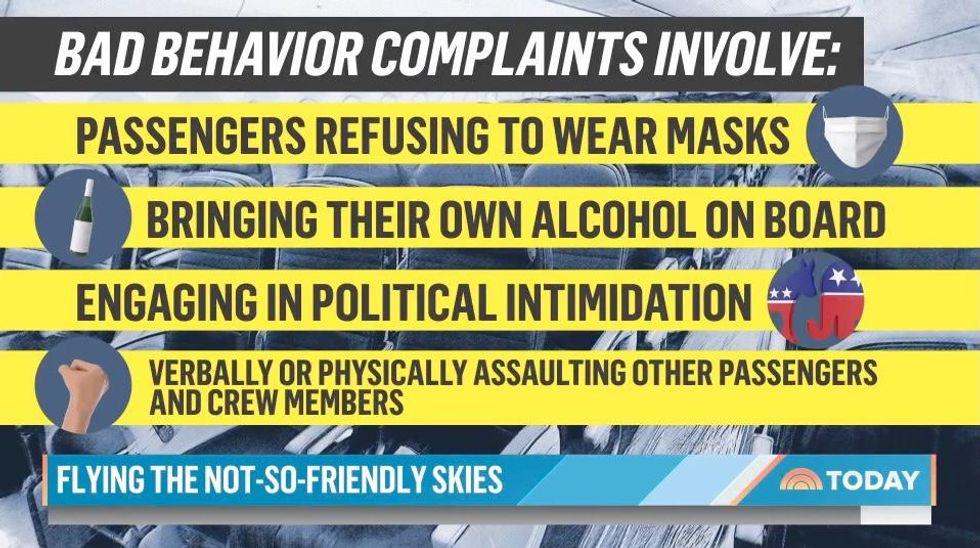 Sara Nelson, president of the Association of Flight Attendants union, told NBC that airline employees have reported all kinds of disconcerting behaviors — and they’ve seen nothing like it over the last two decades.

“The physical and verbal abuse that flight attendants have been taking has been way off the charts of any kind of air-rage incidents that we’ve been talking about over the past 20 years,” she said.

The FAA said it is implementing a “zero-tolerance” policy to reported bad behavior. Passengers who engage in such behavior will face criminal charges, fines up to $35,000, and potential lifetime bans on some airlines. 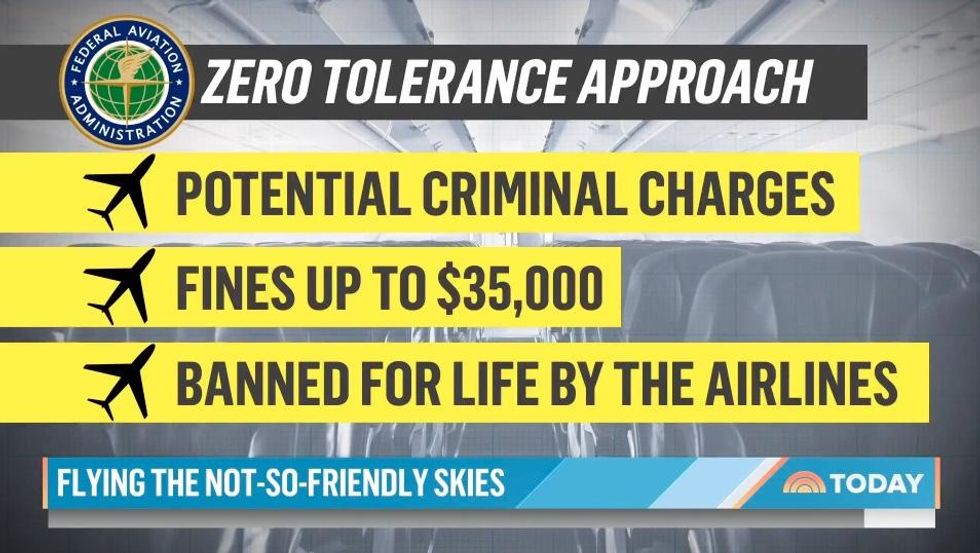 Op-ed: Why young voters will turn out in droves in 2020