News Politics
April 14, 2021 admin 0 Comments US
Mitch McConnell responds to Trump calling him a ‘dumb son of a b***h’ over the election 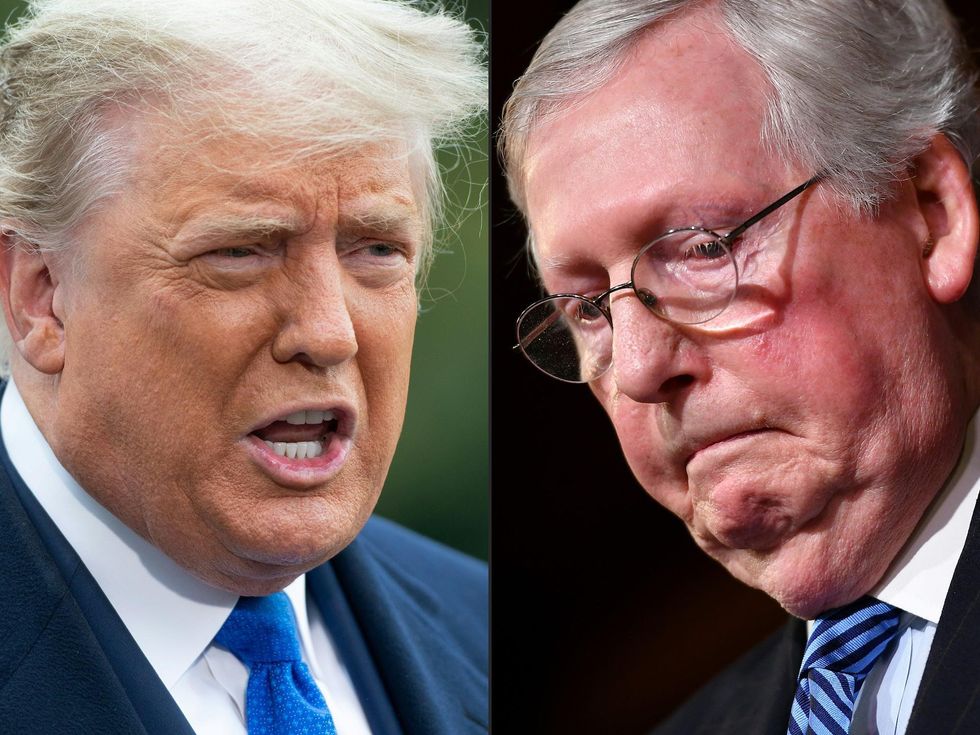 An ally of Senate Minority Leader Mitch McConnell (R-Ky.) said that he wants to end the one-sided feud with former President Donald Trump and focus on regaining a Republican majority instead.

The admission came after Trump referred to the GOP leader as a “dumb son of a b***h” during a tirade to Republican National Committee donors at his Mar-a-Lago Club in Palm Beach, Florida.

“If that were Schumer instead of this dumb son of a b***h Mitch McConnell they would never allow it to happen. They would have fought it,” said Trump, according to the Washington Post.

When McConnell was pressed Tuesday by reporters to respond to Trump, he deflected away from the insults.

But Senate Minority Whip John Thune (R-S.D.) later said that McConnell seeks to end the feud with the former president.

“Right now, it’s sort of a one-sided thing. The leader has no animosity and he’s made it very clear he wants to work with the president to get the majority back,” Thune explained.

The relationship between the two has been a rocky one, with McConnell blaming Trump for the lethal Jan. 6 riot at the U.S. Capitol while the former president blames McConnell for the Republicans losing the majority in the U.S. Senate.

Trump reportedly went on in the speech to promise that Republicans would retake Congress and the White House in 2022 and in 2024. He has not indicated whether he will run for president again in 2024.

Here’s the response to Trump’s insult from McConnell:

Covid: Germany and France under pressure to shift Oxford vaccine