3 Georgia police officers shot, one suspect killed, and another apprehended after chaseApril 13, 2021 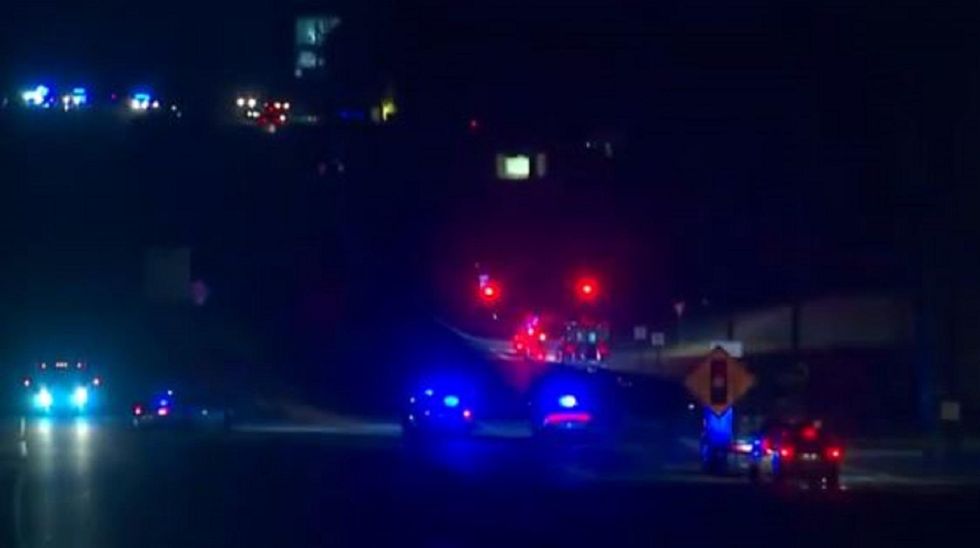 Three Georgia law enforcement officers were shot, a suspect is dead, and another is in custody after a chase that began with a state trooper clocking a vehicle going 111 mph about 3:30 a.m. Monday on Interstate 20 in Bremen, Georgia.

The trooper flagged a 2015 Nissan Sentra for the excessive speed, and the driver stopped but then took off again as the officer approached the rear of the car. The officer followed and bumped the vehicle. On the second bump, a passenger in the Sentra “leaned out of the front passenger window and began firing at the trooper with a rifle,” the Georgia Bureau of Investigations said in a news release.

The passenger then allegedly shot CPS Sgt. Rob Holloway, before the Sentra crashed near an elementary school in Villa Rica.

Both suspects — brothers Aaron Jajuan Shelton, 22, and Pier Alexander Shelton, 28 — fled on foot, leading to a search by law enforcement. According to AL.com, the brothers were from Birmingham, Alabama.

Sgt. Holloway was flown to a hospital and underwent surgery, and Officer Repetto was taken to Atlanta Medical Center for treatment for being shot in the arm, WGCL-TV reported.

A GoFundMe account has been set up for Officer Gordy, who joined the unit last fall. Officer Gordy was transported to a hospital in Atlanta.

Al.com reported that GBI did not immediately disclose which brother was driving the Sentra.

The outlet noted that “Aaron Shelton pleaded guilty in January 2019 to attempted murder and robbery in connection with a March 6, 2018 shooting in Birmingham,” and “Pier Shelton has prior arrests here for unlawful possession of marijuana and having a pistol in a vehicle. Both were dismissed.”

‘Fundamentally at odds’: China, U.S. retreat to their corners after Alaska talks

’Never heard of them’: Arizona GOP audit firm unknown even in home state