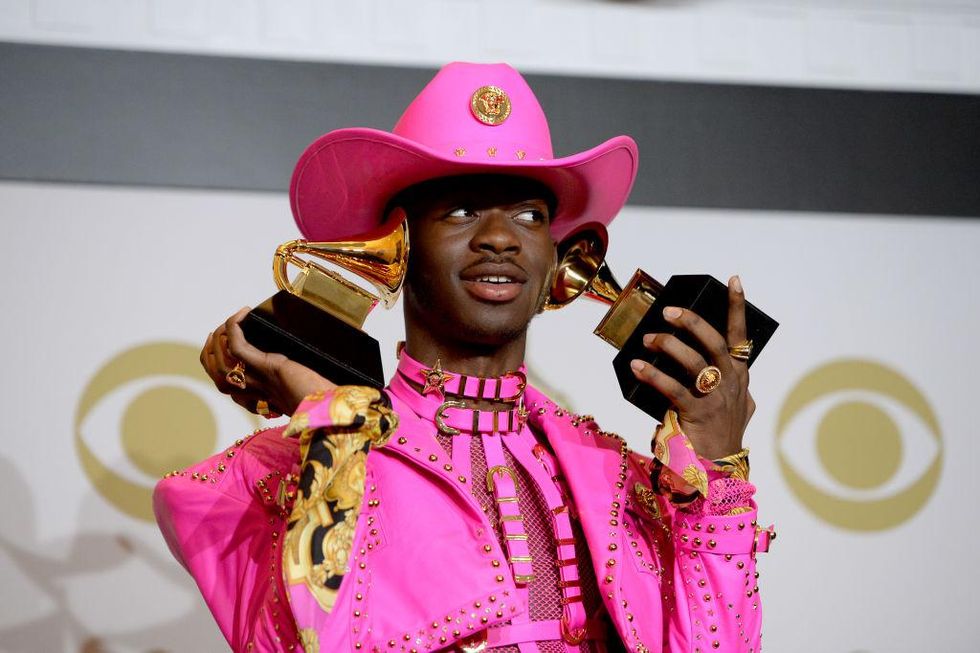 Rapper Lil Nas X is attempting to drum up publicity by releasing controversy-inducing Satanic-themed sneakers and a new music video where he gets sexual with Lucifer.

Lil Nas X partnered with MSCHF, a Brooklyn-based creative arts company, to create “Satan Shoes.” The demonic sneakers are a pair of Nike Air Max 97, which normally retail around $170, but the air bubble is filled with 60cc of red ink and a drop of human blood. The sneakers also have the number “666,” and will be a limited edition release of 666 pairs.

The sneaker references Luke 10:18-20 from the Bible, which reads: “He replied, ‘I saw Satan fall like lightning from heaven. I have given you authority to trample on snakes and scorpions and to overcome all the power of the enemy; nothing will harm you. However, do not rejoice that the spirits submit to you, but rejoice that your names are written in heaven.'”

Lil Nas X also featured Satanic imagery in his new music video for the song “Montero (Call Me By Your Name)” — a reference to his real name, Montero Lamar Hill. In the music video set in a Garden of Eden-like world, the openly gay rapper makes out with a half-man/half-snake, nearly ascends to heaven, but instead slides down a stripper pole that leads him straight to hell. Lil Nas X then visits Satan, gives him a very sexual lap dance, then kills the Devil by snapping his neck, and puts Lucifer’s crown on his own head.

The music video has over 13.5 million views in 24 hours on YouTube. Despite having highly sexualized themes and violence, there is no age restriction on the YouTube video. Political commentary videos from BlazeTV’s “Lowder with Crowder” have been slapped with age restrictions.

There was blowback to the intentionally incendiary imagery in the music video. Hill defended his music video by pivoting to gun violence and tweeting, “There is a mass shooting every week that our government does nothing to stop. me sliding down a cgi pole isn’t what’s destroying society.”

there is a mass shooting every week that our government does nothing to stop. me sliding down a cgi pole isn’t what… https://t.co/fRpKIG1cyK

Many commenters pointed out that Lil Nas X became famous from his song “Old Town Road,” which was beloved by children of all ages. One Twitter user shared a video of Lil Nas X singing his 2019 smash hit to young children at Lander Elementary School in Ohio, to which Hill responded, “I made the decision to create the music video. i am an adult. i am not gonna spend my entire career trying to cater to your children. that is your job.”

there was no system involved. i made the decision to create the music video. i am an adult. i am not gonna spend my… https://t.co/0urenpuiFK

“I’m well aware that life and careers and everything goes in chapters,” Hill says. “That’s the chapter I’m in right now and I’m OK with that.”

In January, Lil Nas X released a children’s book titled “C is for Country.” which is intended for kids age 3-7.

Impeachment trial: Democrats argue ‘mob was provoked over many months by Trump’ – live