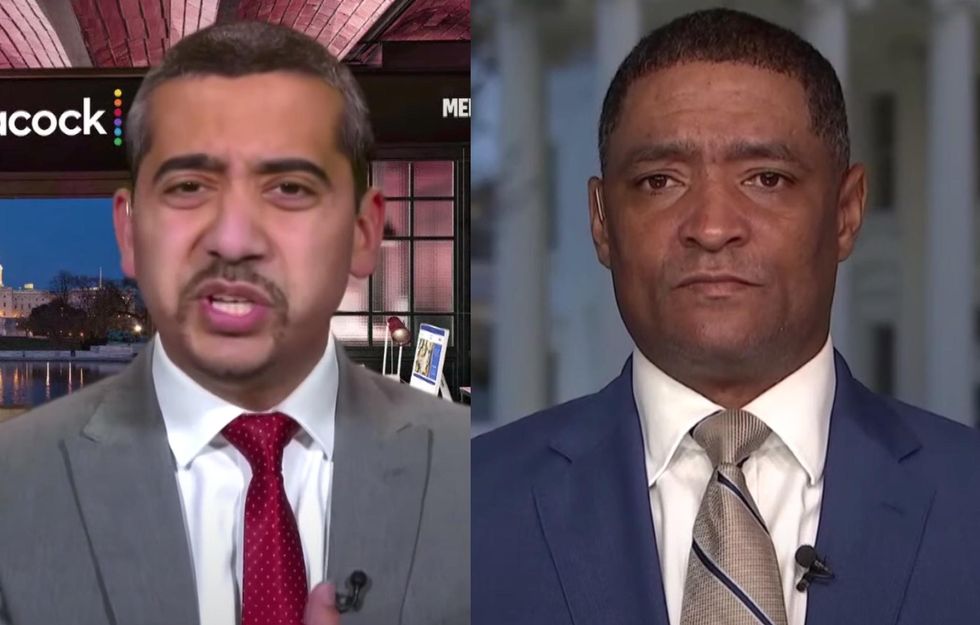 A top advisor of the Biden administration snapped at an MSNBC host who challenged him on an “inefficient, overpriced” healthcare provision in the stimulus bill passed by Democrats.

“How is that a good use of that money?” asked Hasan. “$35 billion subsidizing insurance companies for six months, wouldn’t that money be better invested towards building universal healthcare in this country?”

“You ought to pose that to people who have lost their job through no fault of their own, that has lost their health insurance and they need a bridge, so that they stay with insurance,” Richmond fired back at Hasan.

On the @MehdiHasanShow, senior White House official Cedric Richmond and I had a rather lively and robust exchange o… https://t.co/b14dP0D2xU

“It’s very easy for people to make judgment calls when they’re not in other people’s shoes, and I won’t do that. I won’t put a price on lives,” Richmond added.

Hasan tried to interrupt Richmond but he shouted him down and continued on to explained that the COBRA funds would help those who lost their jobs and employer-provided healthcare because of the pandemic lockdowns.

“Did we rise to the moment? Yes!” Richmond continued. “Did we spend $1.9 trillion? We did, you know why? Because there was $1.9 trillion worth of problems in this country that we were trying to fix!”

Hasan then accused the Biden administration of orchestrating a payment of billions of dollars to insurance companies instead of helping people directly. He also made Richmond answer to criticism of his appointment by far left and progressive groups.

Here’s the whole exchange between Hasan and Richmond:


How the Biden Admin. is Giving More Time to Sign up for Obamacare | The Mehdi Hasan Show

Republicans prod angry base to turn out again for Georgia runoffs