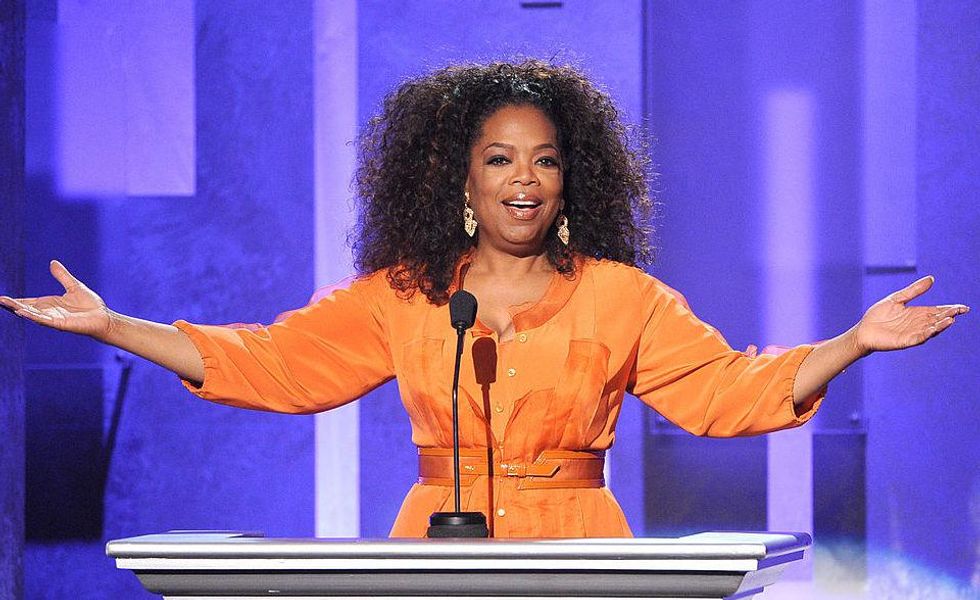 The Slow Factory Foundation — a nonprofit organization dedicated to environmental justice and protecting human rights — made the astonishing claim after memes of Oprah’s facial reactions during the interview circulated on social media.

“Since the #MeghanandHarry interview on Oprah, we’ve been seeing a lot of digital blackface infractions with a few of Oprah’s reaction gifs and images going viral, but that doesn’t mean you should be using them,” the organization posted.

Digital blackface definition: An online phenomenon where white and non-Black people share gifs and photos of Black folks to express emotion or reaction to anything happening on the internet. While seemingly harmless, the problem with digital blackface is that it often reinforces negative stereotypes about Black folks such as they’re aggressive, loud, sassy, and simply here for your consumption and entertainment. It is another way people try and co-opt Black identity and culture without any of the day-to-day realities of being Black.

It was not long ago that white performers would paint their face black as a form of entertainment for the masses, often playing with the idea that Black folks are primitive and violent, and hyper-sexualizing Black women. The way that white and non-Black folks engage in digital blackface feels too reminiscent of these old shows.

What was the reaction?

Many commenters thought Slow Factory Foundation was being overly harsh.

“Reaction pictures/gifs and memes are universal and are certainly not a part of ‘digital black face’??? I feel like that’s extremely divisive. People use reaction pictures of those of another race all the time and I don’t see how it’s harmful?” one person responded.

Another critic said, “This just seems really divisive to me. As long as the gif etc. is not being used to mock people or reenforce stereotypes I don’t see an issue.”

Others, however, thanked Slow Factory Foundation for bringing attention to what they thought is an important issue.

“Thanks for sharing something always bothered me about this but didn’t know how to express it,” one supporter said.

As Slow Factory Foundation noted, the phrase “digital blackface” was first coined by Lauren Michele Jackson at Teen Vogue in 2017.