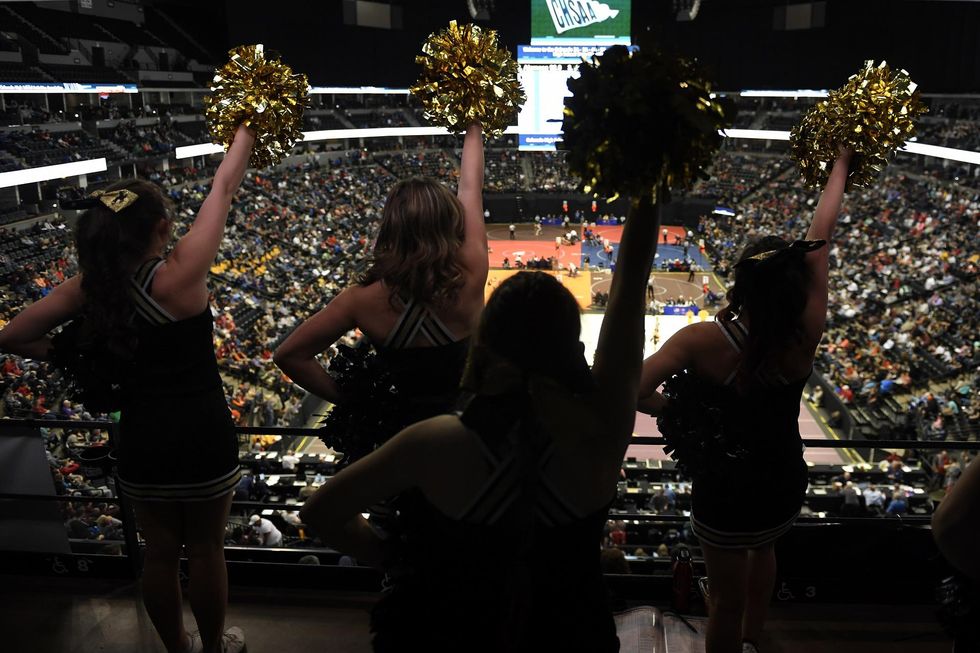 A Pennsylvania mother has been criminally charged over allegations that she created “deepfake” videos of girls on her teenage daughter’s cheerleading squad and sent them to the team’s coaches in an effort to force the girls from the squad.

The images falsely depicted the alleged victims in the nude, drinking alcohol, and smoking.

Prosecutors say Raffaela Spone, 50, of Chalfont, created fake videos and photos falsely depicting at least three of her daughter’s teammates on the Victory Vipers cheerleading squad, and sent them anonymously to coaches and the girls themselves, The Philadelphia Inquirer reported.

Bucks County District Attorney Matt Weintraub told the newspaper that the alleged victims informed police that Spone had sent them “manipulated images” in anonymous messages and “urged them to kill themselves.”

One of the girls’ parents called police in July of last year, after their daughter received the harassing messages. According to the outlet, “her parents were concerned, they told police, because the videos could have caused their daughter to be removed from the team.”

The Inquirer reported that not only the girl but “her coaches at Victory Vipers were also sent photos that appeared to depict her naked, drinking, and smoking a vape.” Two more squad members came forward thereafter reporting similar stories.

Investigators determined that the phots and videos were “deepfakes” — digitally altered forms of media that imposed real photos of the girls (from social media and elsewhere) into programs to create realistic-looking images.

PennLive reported that Spone is facing three counts of cyber harassment of a child and three counts of harassment. There is no evidence at this point that her daughter was aware of what her mother is accused of doing.

Deepfakes have made headlines of late due to strikingly realistic fake videos depicting actor Tom Cruise that have circulated the internet.

CinemaBlend reported that the fakes of Cruise “are so seamless even security analysts are worried,” but the creator of the videos, Chris Ume, says the public shouldn’t be concerned because “each clip takes weeks of work.”

Here is a montage of the deepfake Tom Cruise videos:

Police clash with mourners at Sarah Everard vigil in London