News Politics
March 12, 2021 admin 0 Comments US
Father gets 212 years in prison for ‘evil and diabolical’ plot to kill his two autistic sons for life insurance 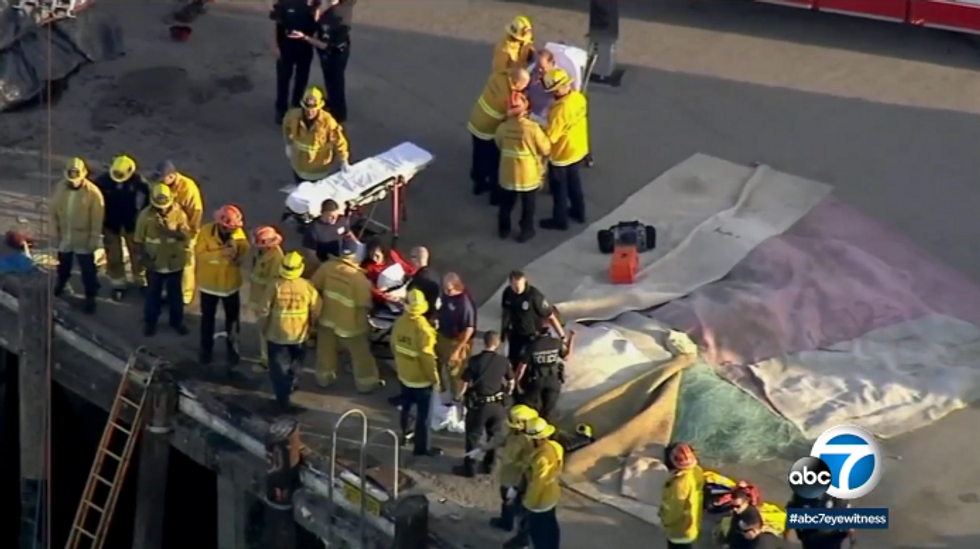 An illegal immigrant in California has been sentenced to 212 years in prison for plotting to kill his family in order to cash in on the accidental death insurance policies he had fraudulently taken out on their lives.

Ali F. Elmezayen, 45, was given the maximum sentence for a range of crimes including wire fraud, mail fraud, identity theft, and money laundering in federal court on Thursday for engaging in a scheme that resulted in his driving off a wharf at the Port of Los Angeles in 2019 with his common law wife and his two autistic sons in the car. His two sons were killed in the crash, but their mother, Rehab Diab, survived.

“He is the ultimate phony and a skillful liar … and is nothing more than a greedy and brutal killer,” U.S. District Judge John F. Walter said during sentencing, according to a Department of Justice news release. “The only regret that the defendant has is that he got caught.”

In handing out the maximum punishment, Walter characterized the scheme as “evil and diabolical” and noted the “vicious and callous nature of his crimes.”

Between 2012 and 2013, around the same time he filed for Chapter 11 bankruptcy, Elmezayen purchased more than $3 million in life and accidental death insurance policies for his family and for himself from eight different insurance companies. After purchasing the policies, he repeatedly called the companies — sometimes pretending to be his ex-wife — to make sure the policies were active.

Elmezayen even called two of the companies to verify that they would not investigate claims made two years after the policies were purchased, prosecutors alleged. Recordings of the phone calls were played for the jury during the trial.

Then, in 2015, shortly after the two-year contestability period on the policies had expired, Elmezayen drove his car into the ocean with his ex-wife and two youngest children inside. The couple has another son who was away at camp at the time of the incident.

Prosecutors said Elmezayen kept his window open to facilitate his own escape to shore. His ex-wife, who doesn’t know how to swim, somehow managed to survive with the help of a fisherman who threw her a flotation device. However, his two autistic sons — 8-year-old Abdelkrim and 13-year-old Elhassan — drowned after being trapped inside the vehicle.

“Mr. Elmezayen conceived a cold-blooded plan to murder his autistic sons and their mother, then cash in on insurance policies,” Acting United States Attorney Tracy L. Wilkison said in the news release.

“Fathers are supposed to protect their children but instead, Elmezayen drove his boys straight to their certain death in exchange for cash,” added Kristi Johnson, assistant director of the FBI’s Los Angeles Field Office.

In addition to sentencing Elmezayen to more than 200 years in prison, Walter also ordered he pay $261,751 in restitution to the insurance companies that he defrauded.

According to NBC News, “Elmezeyan is also facing murder charges in a pending state case, where he faces a maximum sentence of life in prison without the possibility of parole.”

Republicans who impeached Trump are already on the chopping block