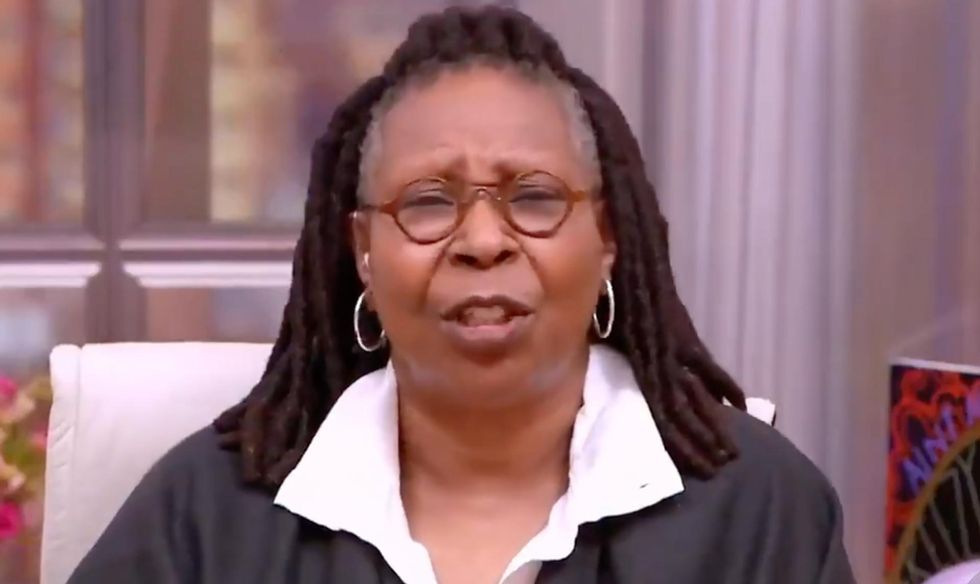 Whoopi Goldberg has torn into critics attempting to cancel beloved cartoon character Pepé Le Pew, demanding to know why people have to “erase everything.”

The cartoon character will not appear in the upcoming “Space Jam” sequel.

During Tuesday’s broadcast of “The View,” Goldberg and the other co-hosts discussed eBay’s recent announcement that the online marketplace company would stop selling six Dr. Seuss books that were removed from publication for their potential for causing offense with “racist imagery.”

“I just heard that they’re taking Pepé Le Pew out of ‘Space Jam,’ and I think to myself, ‘Couldn’t y’all have just written a couple of lines to say, you know, Pepé doesn’t do that anymore because he knows it’s not OK to jump on other skunks who may not be as interested in him as he is interested?” Goldberg demanded. “I don’t know why you’ve got to erase everything. I don’t get it. I don’t understand it.”

The Hollywood Reporter on Monday noted that the popular Looney Tunes character will not be featured in any current or future TV projects.

CONTROVERSY OVER SEUSS BOOKS PULLED FROM EBAY: After Dr. Seuss’ family pulled six of his titles from publication fo… https://t.co/TybXsNaTBV

Of the decision to remove Pepé from the new “Space Jam” film, actress Greice Santo — the skunk’s co-star — expressed disappointment that she wouldn’t be able to deliver Pepé’s “comeuppance.”

Through a spokesperson, actress Greice Santo said, “This was such a big deal for Greice to be in this movie. Even though Pepé is a cartoon character, if anyone was going to slap a sexual harasser like him, Greice wished it would be her. Now the scene is cut, and she doesn’t have that power to influence the world through younger generations who’ll be watching ‘Space Jam 2,’ to let younger girls and younger boys know that Pepé’s behavior is unacceptable.”

According to Deadline, the scene in question was as described:

Pepé was set to appear in a black-and-white Casablanca-like Rick’s Cafe sequence. Pepé, playing a bartender, starts hitting on a woman at the bar played by Santo. He begins kissing her arm, which she pulls back, then slamming Pepé into the chair next to hers. She then pours her drink on Pepé, and slaps him hard, sending him spinning in a stool, which is then stopped by LeBron James’ hand. James and Bugs Bunny are looking for Lola, and Pepé knows her whereabouts. Pepé then tells the guys that Penelope cat has filed a restraining order against him. James makes a remark in the script that Pepé can’t grab other Tunes without their consent.

Never-Trump movement splinters as its villain heads for the exit