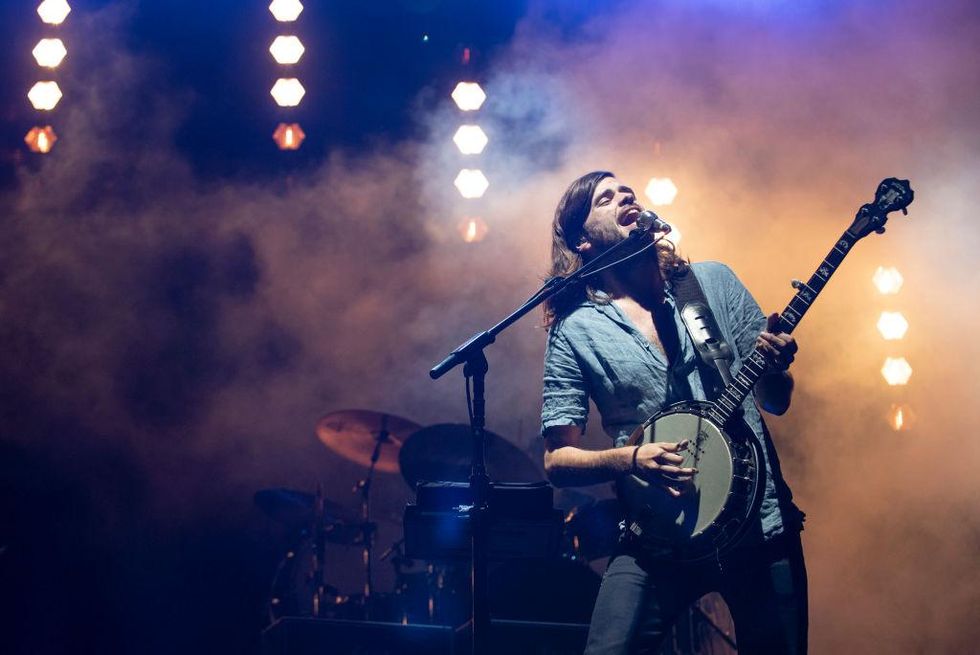 Winston Marshall, the banjoist and lead guitarist for the folk-rock band Mumford & Sons, experienced a tidal wave of criticism and hatred for simply complimenting conservative journalist Andy Ngo on his new book. Waves of furious music fans attacked Marshall on Twitter for an innocuous tweet.

“Congratulations @MrAndyNgo. Finally had to time read your important book. You’re a brave man,” Marshall wrote on Twitter, which he later deleted after he was swarmed with hateful messages.

Ngo thanked Marshall for the support.

@MrWinMarshall Thank you so much.

Ngo has gained notoriety and animosity for his coverage of Antifa over the years. Ngo was brutally attacked in 2019 by a group of Antifa members, and was admitted to the hospital as a result of a brain bleed. In January, Ngo revealed that he had to move out of the United States because of constant death threats from Antifa.

When leftists saw that Marshall was complimenting the journalist who has exposed Antifa violence for years, the online hate mob viciously attacked the musician on social media for having a difference of political opinion.

One commenter told Marshall, who is British, to “get your head out of your a**,” and said Ngo is a “well documented liar and propagandist.”

There were hundreds of replies that called Marshall and Ngo “fascists.”

Another person wrote, “‘Banjo player from Mumford & Sons promotes pro-fascism book’ is a hell of a way to start my Sunday.”

A commenter stated, “Wow, this is really f****** depressing finding out the banjo dude from Mumford & Sons is a godd**** fascist.”

One Twitter user added, “A dumbfounding endorsement of fascism. Shame, I really liked that one song a while ago.”

Someone said, “This is so damn disappointing and really reinforces all the bad stereotypes about what it means when you hear ‘the sound of banjos.’ Supporting fascism ain’t a good look.”

One tweet stated, “Banjo dude from Mumford exposed as a nazi s***bag? Didn’t have this on my bingo card.”

One individual concocted this far-fetched correlation, “The banjo was invented by enslaved Africans in the Caribbean then made popular to white people through their racist minstrel shows… does your facist banjo player kno he’s part of that history?”

Alleged fans of the band attempted to use cancel culture to force Mumford & Sons to fire Marshall.

Someone wrote on the band’s Instagram page, “Unless you kick @winstonmarshall out of the band, I’m done with ya’ll.”

Another alleged supporter of the band threatened, “Your banjo player is a fascist. What do you think this is going to do to you public image? You guys screwed up. Fire the fascist.”

One person stated, “Mumford and sons is about to see a lot of lost revenue bc of Winston’s insane right-wing conspiracy views. Americans don’t want to hear the views of a uneducated conspiracy theorist and we won’t support it.”

There were a few people defending Marshall and Ngo on Twitter.

Townhall columnist Scott Morefield explained, “The left hates @MrAndyNgo because he dares to call out those who engage in left-wing violence. Now they’re trying to cancel @MrWinMarshall and Mumford & Sons because he dared to praise Ngo’s book. The message? Leftist violence is always justified and should never be questioned.”

Comedian Konstantin Kisin noted, “Congratulations to @MrWinMarshall for showing us, once again, that the people who claim to be ‘tolerant’, ‘kind’ and ‘open-minded’ are the most illiberal, hateful and intolerant around. I’ll be going to as many of his concerts as possible.”

Another tweet read, “Mumford & Sons lead singer tweets praise of a book written by a gay Asian man. The left calls the lead singer a Nazi. It’s almost like they don’t even know what the term means.”

Only 3% of Trump supporters believe Biden won the election, per a new poll