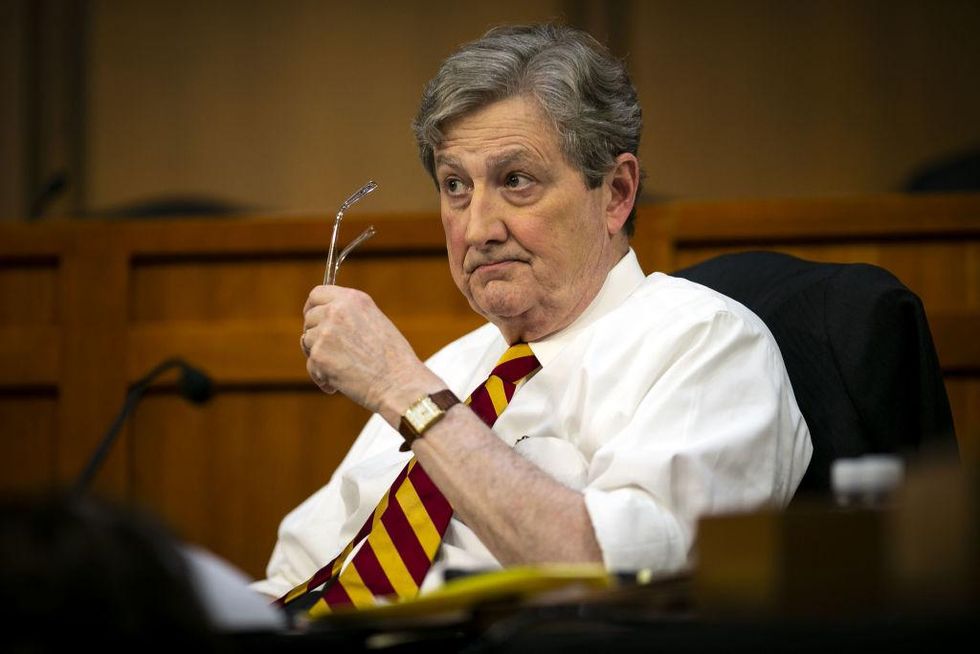 “President Biden said in putting together the bill, he said we want to meet you, us, the Republicans, halfway. If that’s the case he’s a damn poor judge of distance,” Kennedy said during an interview on Fox News. “He’s rejected everything we’ve proposed. This bill is dreadful.”

The coronavirus relief portion of the bill includes a third round of stimulus checks, this time worth up to $1,400 per individual and dependent that will begin to phase out for individuals making $75,000 and married couples earning $150,000. The bill would expand unemployment insurance to include gig workers and workers who didn’t qualify before the pandemic, increase those payments to $400 per week, and extend unemployment insurance through Aug. 29.

Additionally, the legislation allocates $20 billion for a national vaccine program, $50 billion for virus testing, $30 billion for emergency rental assistance, $10 billion for mortgage assistance, and a new fully refundable child tax credit for 2021 that would give families that qualify $3,000 per child ages 6 to 17 and $3,600 for children under 6 years old.

But there’s more. Democrats included $350 billion in funding for state and local governments they say are facing budget shortfalls because of decreased revenue during the pandemic. Republicans charge that this spending is “wasteful” and that these governments were under economic duress before the pandemic. They say the coronavirus should not be used as an excuse to bail out irresponsible local politicians in mostly blue states.

An audit of the bill conducted by Forbes found other instances of earmarked spending unrelated to coronavirus aid. Included was $1.5 million earmarked for the Seaway International Bridge, which connects Senate Majority Leader Chuck Schumer’s home state of New York to Canada. There was also $140 million allocated for a rail project near House Speaker Nancy Pelosi’s home district in San Francisco. These two provisions were removed from the bill after the Senate parliamentarian ruled they were not acceptable under the budget reconciliation rules Senate Democrats will use to circumvent a filibuster attempt by Republicans.

Earmarked spending that was not struck from the bill includes:

The Wall Street Journal editorial board estimated that of the $1.9 trillion “American Rescue Plan,” only $825 billion was directly related to COVID-19 relief and the other $1 trillion was “expansions of progressive programs, pork, and unrelated policy changes.”

Congressional Republicans are united in opposition to the coronavirus relief package, which they say is too costly, has too many bailouts, and funds too many progressive causes that have nothing to do with coronavirus recovery.

Public support for the coronavirus aid bill remains high and bipartisan, however. A Morning Consult poll found that 71% of voters, including 53% of Republican voters, supported the $1.9 trillion coronavirus aid package when they were told it includes $1,400 in direct payments to some Americans, funding for schools and local governments, and extended unemployment benefits.

The poll questions did not address how much spending is unrelated to coronavirus relief.