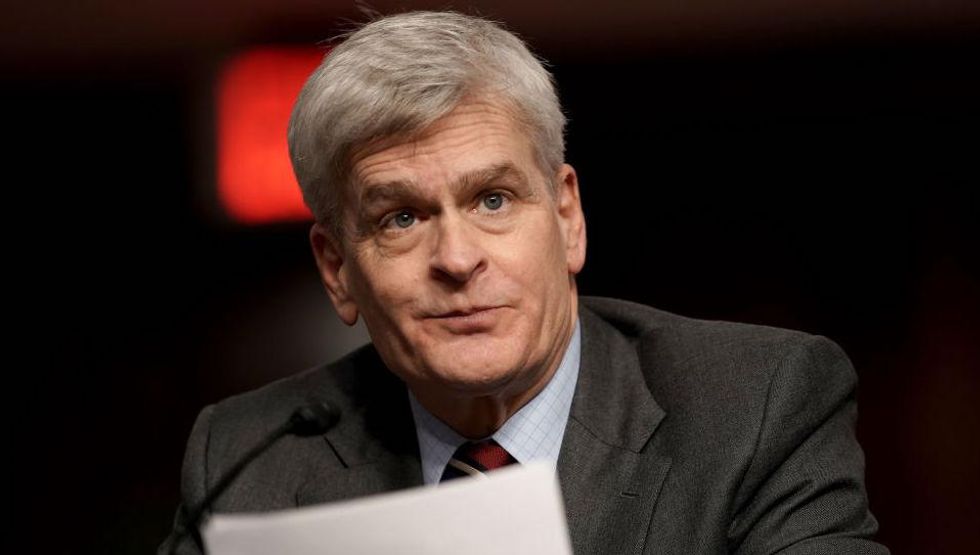 Cassidy was unanimously censured by the Louisiana Republican Party earlier this month after voting to convict Trump at the former president’s second impeachment trial. Cassidy was one of seven GOP senators who voted “guilty.”

What did he say?

“Over the last four years, we lost the House of Representatives, the Senate, and the presidency,” Cassidy said. “That has not happened in a single four years under a president since Herbert Hoover.”

Cassidy added that “campaigns are about winning” — and if Republicans want to win in the future, they must look beyond Trump.

In fact, Cassidy said losing will be the result in 2022 and 2024 if Republican continue to “idolize” Trump.

“Now, our policies are great. Before the COVID crisis hit, we had record employment for every group, Hispanics, African-Americans, women, the disabled, high school dropouts, veterans, you name it. We had economic policies that were working,” he continued. “So, if that’s the case, and we can speak to those policies, to those families, then we will win.”

“But if we idolize one person, we will lose. And that’s kind of clear from the last election,” Cassidy warned.


GOP senator: If we continue to idolize one person, we will lose

Although Republican politicians remain divided over what role, in any, Trump will play in the future of the GOP, Republicans attending the Conservative Political Action Conference in Florida make a clear statement about Trump on Sunday.

Trump won the CPAC straw poll with 55% of support. Republican Florida Gov. Ron DeSantis was the runner-up with 21%, followed by Republican South Dakota Gov. Kristi Noem, who won 4% of support.

Nearly every attendee who participated in the straw poll, 97%, approved of Trump’s presidential job performance.

San Francisco school board VP: Many Asian Americans use ‘white supremacist thinking’ to ‘get ahead’