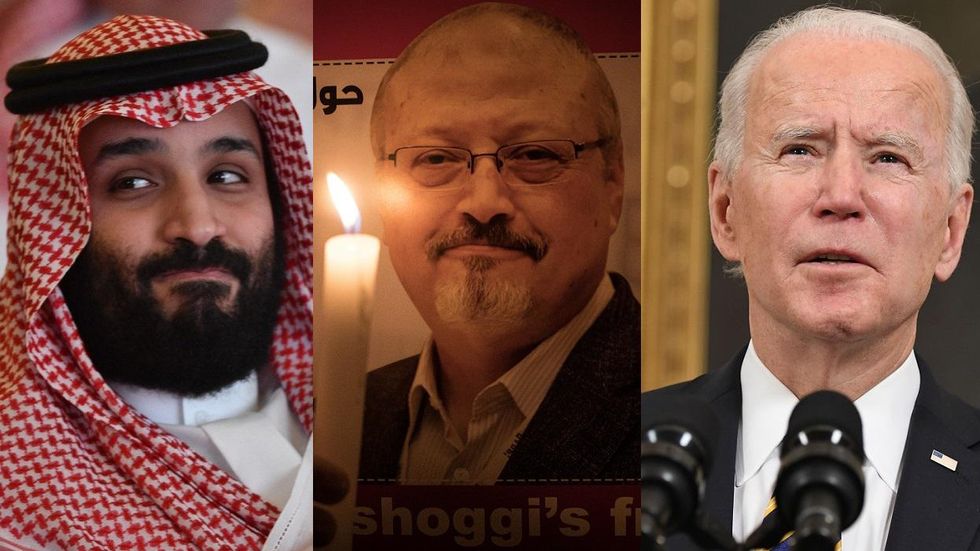 A U.S. intelligence report released Friday determined that Saudi Arabia’s Crown Prince Mohammed bin Salman signed off on the operation that led to the killing and dismemberment of Washington Post columnist Jamal Khashoggi in 2018.

In response, the Biden administration has issued sanctions on several individuals linked to the murder, but the prince himself will be spared any punishment over fears that holding him accountable might threaten the relationship between the two allied nations.

The Washington Post reported that the intelligence document states, in part:

“We assess that Saudi Arabia’s Crown Prince Muhammad bin Salman approved an operation in Istanbul, Turkey to capture or kill [Khashoggi]. Since 2017, the Crown Prince has had absolute control of the Kingdom’s security and intelligence organizations, making it highly unlikely that Saudi officials would have carried out an operation of this nature without the Crown Prince’s authorization.”

Secretary of State Antony Blinken issued a statement reacting to the report and vowing “accountability for the murder” of Khashoggi. In the press release, Blinken announced a new “Khashoggi Ban,” which allows the State Department to impose visa restrictions against individuals believed to be involved in the type of “extraterritorial counter-dissident activities” such as what happened to The Post columnist.

Blinken noted that 76 Saudi nationals have already been hit with visa restrictions under the new ban, but the secretary of state made no mention of Mohammed, who is often referred to in the U.S. as MBS for short.

A journalist for The Post reported later that “When asked why the Biden administration didn’t sanction MBS for Khashoggi’s murder, Blinken says what we’ve done “is not to rupture the [Saudi] relationship but to recalibrate it.”

Senior Biden administration officials told The New York Times that the president “has decided that the price of directly penalizing” Mohammed “is too high.” The newspaper noted that during the 2020 presidential campaign, Biden had referred to Saudi Arabia as a “pariah” state with “no redeeming social value.”

The intelligence report reaffirmed long-held suspicions from earlier assessments that Mohammed was linked to Khashoggi’s death. Following the Virginia-based columnist’s murder, President Donald Trump was criticized for not holding the crown prince responsible.

“Is the only difference between Trump bragging about saving MBS’ ass, and Biden acting as if he has no choice but t… https://t.co/ELjkmiacHa

Delay, dismantle, resist: DeVos leaves a legacy like no other Education secretary

Politics Podcast: What Comes Next In The Fight To Fill Ginsburg’s Seat