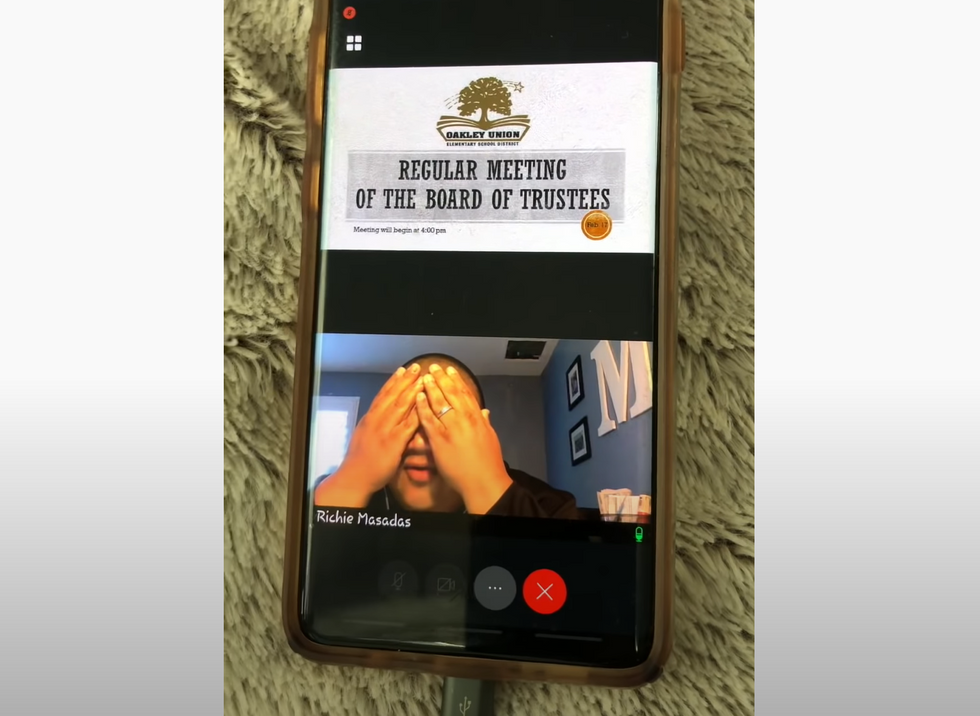 An entire school board in northern California resigned after a video of the officials bashing parents went viral. In a virtual meeting, the school officials ridiculed parents who wanted in-person public education to resume. The video grabbed nationwide headlines.

Shortly after the video surfaced online, a petition sprung up that called for the resignation of the school board members, and quickly amassed thousands of signatures. The president and three other members of the Oakley Union Elementary School District resigned on Friday after they were caught on a hot mic leak lambasting parents who want schools reopened.

President Lisa Brizendine, as well as Kim Beede, Erica Ippolito, and Richie Masadas, all resigned after becoming infamous on the internet for trouncing parents, including insinuating that they’re drug users.

“The comments made were not in alignment with our vision and are definitely not what any of us stand for as leaders,” Hetrick told Fox News. “I know that we lost trust with the community. I will not make excuses for what happened or why it happened.”

Hetrick said that the departing school board would temporarily be replaced by members of the Contra Costa County education board, according to Mercury News. The school district is about 50 miles east of San Francisco.

Brizendine issued an apology after announcing her resignation as president of the school board.

“I am raising a 10-year-old with special needs and having him home during this pandemic, while also holding down two jobs to support my family has been a huge stress,” Brizendine said. “I suffer with many of the same things that parents are going through from mental health issues to regression. My remark was callous and uncalled for and for that I am truly sorry.”

However, during the viral video, Brizendine didn’t seem to show empathy toward parents who are struggling to balance their new stressful pandemic lives where they have taken a greater role in the education of their children.

“It’s really unfortunate that they want to pick on us because they want their babysitters back,” Brizendine said of parents in the video, which she thought was a private conversation with her peers, but was being broadcast to the public and recorded. She also insulted teachers by calling them “babysitters.”

School board member Richie Masadas seemed to suggest that parents are upset that classrooms are closed because children being home interrupts the adults smoking marijuana. Masadas said his brother is a cannabis delivery person, “and the clientele were parents with their kids in school.” He allegedly noted that the parents were angry because could no longer “smoke up” now that their kids are home.

“We deeply regret the earlier comments that were made in the meeting of the Board of Education earlier this week,” the joint statement by now ex-board members reads. “As trustees, we realize it is our responsibility to model the conduct that we expect of our students and staff, and it is our obligation to build confidence in district leadership; our comments failed you in both regards, and for this we offer our sincerest apology.”

Ashley Stalf, whose 6-year-old daughter attends a school in the district, reacted to the school board openly disparaging parents.

“We meet regularly with the board as parents and we’re constantly sending in letters and emails and telling them our griefs and our strife’s over distance learning,” Stalf told host Steve Doocy on “Fox & Friends.” “It seems as of late that they mocked us, that we’re just complaining and we have nothing better to do.”

Stalf asked, “What are their true intentions, if they feel so freely that they can talk, you know, on a mic that may or may not be hot, what’s truly being said behind closed doors?”

Parents are frustrated since public schools in California have been closed for in-person education for months.

Politics Podcast: Americans Are More Independent But Just As Partisan