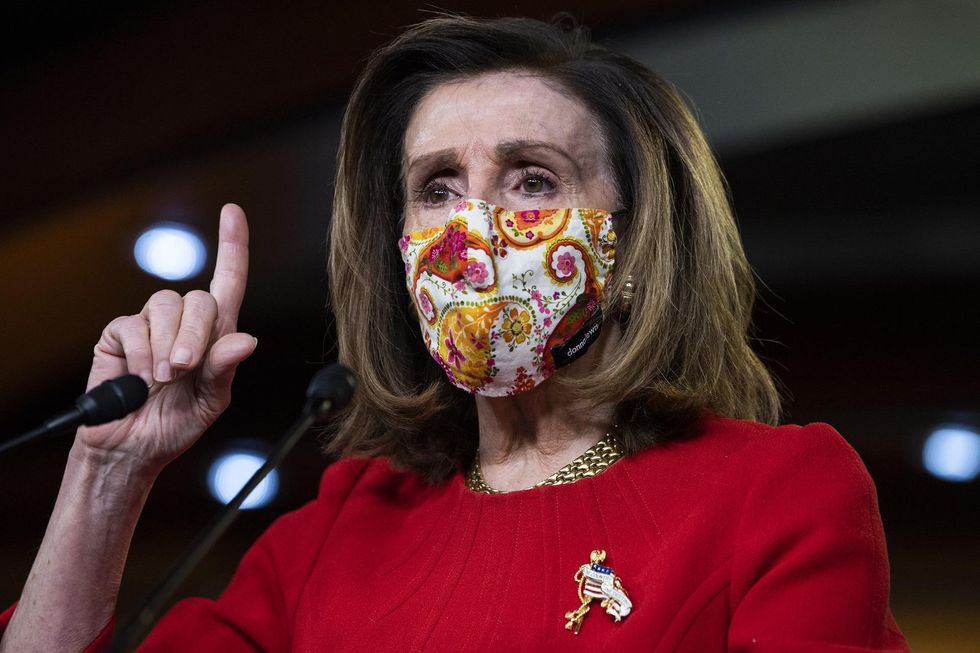 House Speaker Nancy Pelosi (D-Calif.) announced plans Monday to form an “independent 9/11-type commission” to investigate the circumstances surrounding the Jan. 6 attack on the U.S. Capitol building, including the security breakdowns that led to the complex being overrun.

Meanwhile, House Republicans are asking Pelosi to answer questions about her own “responsibility for the security” of the U.S. Capitol.

In a letter to House Democrats, the speaker reminded her caucus that retired U.S. Army Lt. Gen. Russel Honoré has worked at Pelosi’s direction over the past few weeks on “assessing our security needs by reviewing what happened on January 6 and how we must ensure that it does not happen again.”

It is clear from his findings and from the impeachment trial that we must get to the truth of how this happened. To protect our security…our next step will be to establish an outside independent 9/11-type Commission to ‘investigate and report on the facts and causes relating to the January 6, 2021 domestic terrorist attack upon the United States Capitol Complex…and relating to the interference with the peaceful transfer of power, including facts and causes relating to the preparedness and response of the United States Capitol Police and other Federal, State, and local law enforcement in the National Capitol Region.”

Fox News reported that the same day as Pelosi’s announcement, the speaker received a letter from four Republican ranking members on House committees who are demanding answers from the speaker about her “responsibility for the security” of the Capitol on Jan. 6.

The outlet reported that “Pelosi’s office fired back at the Republicans on Monday, claiming the security of the Capitol and democracy are ‘not the priorities of these ranking members,’ while saying ‘the Committees of Jurisdiction were briefed in advance of January 6 about security preparedness.'”

More than 200 people have been charged with federal crimes in the bloody assault on Congress, which led to [former President Donald] Trump’s impeachment trial on a charge of inciting insurrection. Trump was acquitted on Saturday on a vote of 57-43, as seven Republican senators joined Democrats in favor of conviction, though short of the required majority.

Top Dem pollster has eerie prediction for Democrats if they don’t abandon socialism, ‘defund the police’