David Perdue files to run for Senate in Georgia again — this time against Sen. Raphael WarnockFebruary 16, 2021 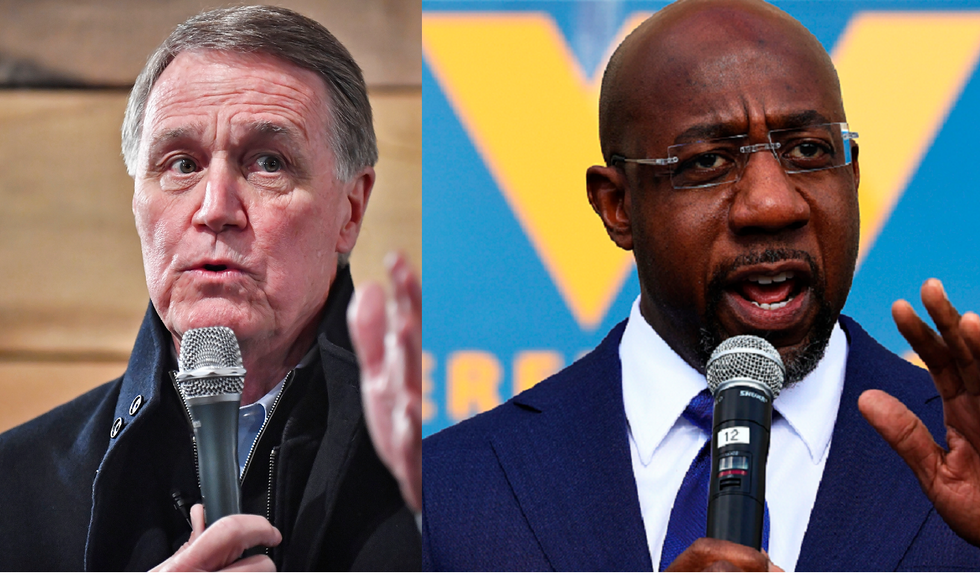 Republican former Sen. David Perdue (Ga.) wants to get back into the U.S. Senate, after losing his seat last month in a runoff race against Democratic rival and now Sen. Jon Ossoff.

This time, Perdue will have a new rival: He has filed to run against newly minted Sen. Raphael Warnock (D-Ga.), who ousted Republican Sen. Kelly Loeffler in the same runoff that toppled Perdue in January.

Fox News reported Monday evening that Perdue filed Federal Election Commission documentation to form a “Perdue for Senate” campaign committee for a run in 2022, when Warnock is up for re-election. However, the outlet noted, Perdue has not made a final decision on whether or not he will run.


David Perdue files to run for Senate in 2022

The New York Post noted that Perdue, 71, is the former CEO of Dollar General and the cousin of Sonny Perdue, a former Georgia governor who served as secretary of Agriculture under President Donald Trump

The outcome of the runoff was devastating for the Republicans, who not only lost both Georgia Senate seats to Democrats but the entire control of the Senate with the outcome.

The state of Georgia itself was a major battleground in the 2020 election cycle not only because of the Senate races, but it became hotly contested in the presidential race between former President Donald Trump and President Joe Biden.

Trump vehemently disputed Biden’s win in the traditionally deep-red state, lambasting the state’s Republican Gov. Brian Kemp and GOP election officials who insist that there was no indication of widespread voter fraud.

As the dispute carried on in court and over social media leading up to the January runoff, pro-Trump attorneys Lin Wood and Sidney Powell urged Georgia Republicans to boycott the election over allegations that the state’s election system was rigged.

Meanwhile, Democrats pushed forward with get-out-the-vote efforts led by failed Democratic gubernatorial nominee Stacey Abrams, who lost to Kemp in 2018 and has also insisted that she won her race for governor.