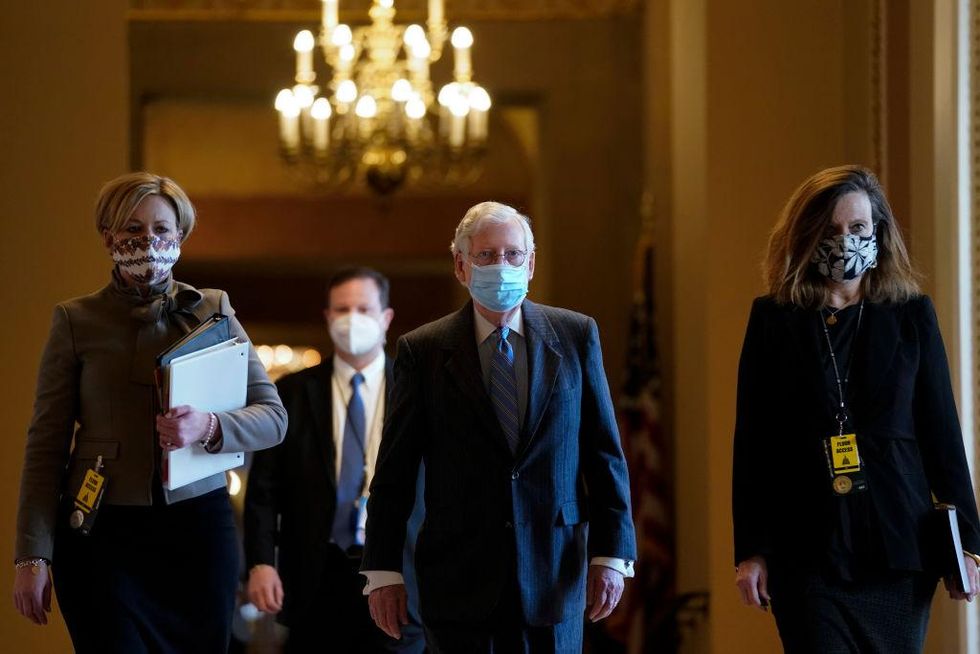 The Senate voted 55-45 on Saturday to summon witnesses in former President Donald Trump’s impeachment trial, where he is facing a charge of incitement of insurrection for the Capitol riots on Jan. 6.

“When McCarthy finally reached the president on January 6 and asked him to publicly and forcefully call off the riot, the president initially repeated the falsehood that it was anti fascist that had breached the Capitol,” Beutler said in a statement on Friday. “McCarthy refuted that and told the president that these were Trump supporters. That’s when, according to McCarthy, the president said: ‘Well, Kevin, I guess these people are more upset about the election than you are.'”

Of the alleged conversation, Raskin said, “After the breach and invasion took place he was not working on the side of defending the Capitol. But rather, he was continuing to pursue his political goals, and the information that came out last night. This piece of evidence is relevant to that.”

“Needless to say, this is an additional, critical piece of corroborating evidence further confirming the charges before you, as well as the president’s willful dereliction of duty,” Raskin continued. “For that reason, and because this is the proper time to do so under the [Senate impeachment rules], we would like the opportunity to subpoena congresswoman Herrera [Beutler] regarding her communications with [McCarthy] and to subpoena her contemporaneous notes.”

Trump defense attorney Michael van der Veen was outraged at the delay, proclaiming that the case should have been “closed today.” He added that he would ask for at least 100 witnesses, including House Speaker Nancy Pelosi and Vice President Kamala Harris, adding they will need to give depositions in person in his office in Philadelphia.

“If they want to have witnesses, I’m going to need at least over 100 depositions. Not just one,” van der Veen said.

“We did not do this hearing by Zoom,” he declared. “These depositions should be done in person in my office in Philadelphia,” van der Veen said. “That’s where they should be done.”

“We should close this case out today…” – Michael van der Veen https://t.co/rFUBSGgF76

Five Republicans voted in favor of trial witnesses, including Sen. Lindsey Graham (R-S.C.), who questioned the story about Trump’s conversation.

“Isn’t it a bit odd that these liberal news reports about impeachment, just like what happened during #BrettKavanaugh – which prove to be unreliable – always come out right before we are set to vote? I have found it wise to realize the source of these stories is the liberal media with an agenda,” Graham tweeted on Saturday morning. “If you want a delay, it will be a long one with many, many witnesses.”

Senate Minority Leader Mitch McConnell said he would vote to acquit Trump. McConnell made the declaration in an email he wrote to fellow Senate Republicans, according to a Senate staffer who was read the email by a GOP senator, Politico reported.

“The Constitution makes it perfectly clear that Presidential criminal misconduct while in office can be prosecuted after the President has left office, which in my view alleviates the otherwise troubling ‘January exception’ argument raised by the House,” McConnell reportedly wrote in the email.

“While a close call, I am persuaded that impeachments are a tool primarily of removal and we therefore lack jurisdiction,” McConnell purportedly wrote.

‘A nicer version of Trump’: GOP donors flock to DeSantis

Fauci says nation can survive Covid-19 without another shutdown