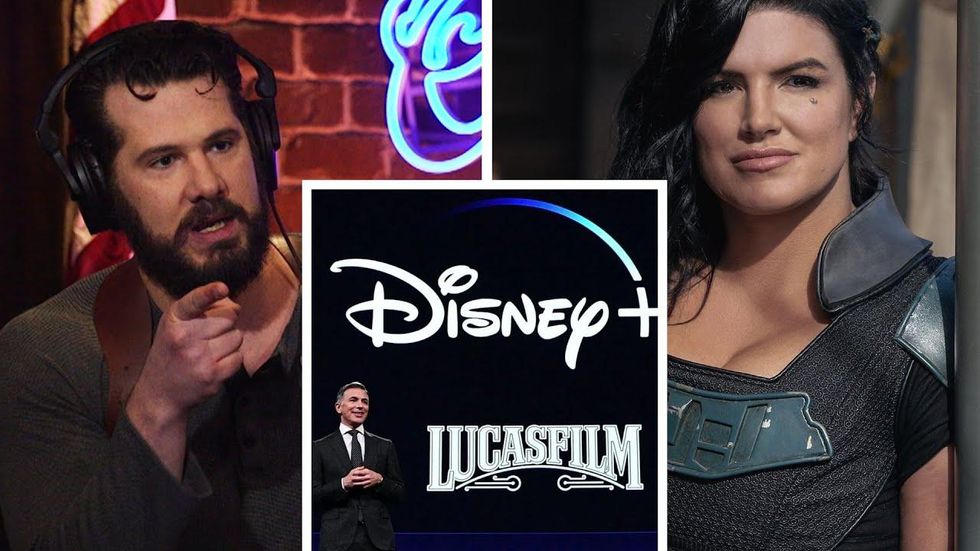 Steven Crowder offered actress Gina Carano a job after she was cancelled by LucasFilm for posting a tweet deemed “unacceptable” by cancel culture.

“This isn’t an empty gesture,” Crowder clarified, adding that if Carano needed a job, he would hire her.

Crowder believes that though there are very few things that can be accurately compared to the Holocaust, that Carano’s comparison was “accurate.”

TheBlaze reported that Carano, who played Cara Dune on Disney+’s popular Star Wars series was fired for posting an “abhorrent and unacceptable” tweet about Jewish oppression at the hands of the Nazis and comparing it to censorship of conservative points of view and cancel culture.” Her post triggered a social media campaign by the left on Tuesday to have her fired by Lucasfilm.

So, what did Carano say that was so terrible? Watch the clip.

Use promo code LWC to save $10 on one year of BlazeTV.

To enjoy more of Steven’s uncensored late-night comedy that’s actually funny, join Mug Club — the only place for all of Crowder uncensored and on demand.

Sen. Tim Scott closes out first night of RNC with inspiring speech: ‘Our family went from cotton to Congress in one lifetime’