The new footage of the Capitol insurrection offers a chilling glimpse at what could have beenFebruary 11, 2021 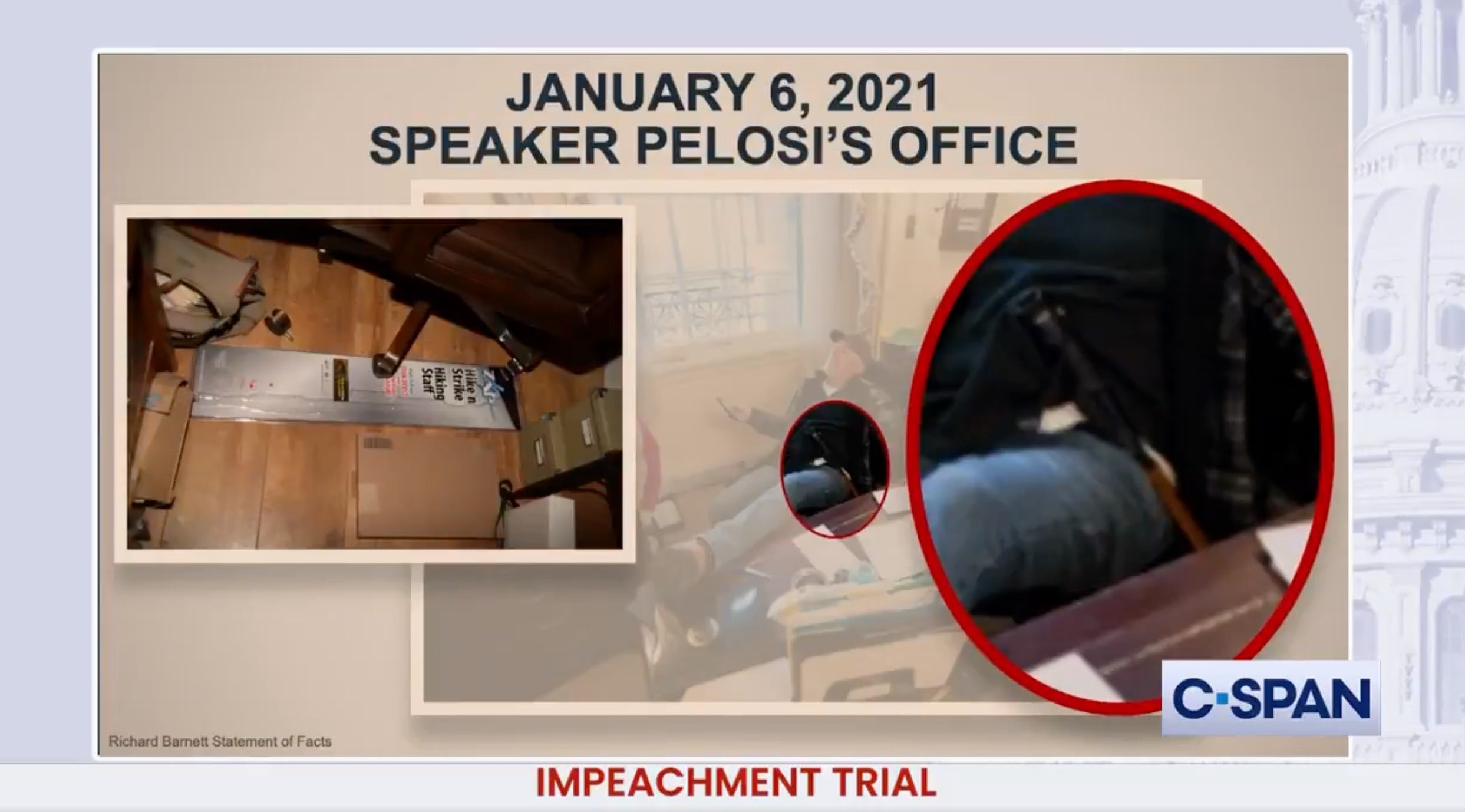 At first it seemed a little underwhelming. Then it got vaguely interesting. Then, as the Democratic House impeachment managers finished airing their tranche of never-before-seen footage of the Jan. 6 attempted coup at the Capitol, the cumulative effect Wednesday was both chilling and electrifying. Taken together, the clips — some deceptively low-key, others as dramatic as anything in a horror film — paint a picture of an insurrection that was more violent and also much closer to full-blown catastrophe than most people knew.

The presentation came during the second day of Trump’s impeachment trial, where the former president stands accused of inciting a riot against the U.S. government. Roughly, the footage can be divided into two broad categories: “what happened” and “what could have happened.” Both serve to bolster our understanding of what happened within the halls of Congress after then-President Donald Trump urged his followers to “fight like hell” over Joe Biden’s electoral victory.

In what is perhaps the most alarming of the “what could have happened” selection of footage, impeachment manager Stacey Plaskett, the congressional delegate for the Virgin Islands, showed a short clip of Capitol police officer Eugene Goodman — already hailed as a hero for deliberately leading the mob away from the Senate chambers — hurriedly redirecting Republican Sen. Mitt Romney (Utah) away from an incoming thrust of rioters, almost certainly saving Romney’s life in the process.

Had Goodman not had the presence of mind to tell Romney to turn around — as well as the good fortune of running into him in the first place — it’s frighteningly easy to imagine the insurrectionist mob swarming the senator, and possibly even killing him. Romney, after all, was a favorite target of Trump.

The same goes for Senate Majority Leader Chuck Schumer (D-N.Y.), who was also revealed to have nearly missed a run-in with the insurrectionists.

Similarly, eerie footage of insurgents calling out for House Speaker Nancy Pelosi — whom, it was revealed, had been evacuated from the Capitol Hill complex altogether — was played for the senators. The video was a clear sign that had the mob actually come across any lawmakers in the halls of Congress, blood would almost certainly have been spilled.

Underscoring the threat the rioters posed to Pelosi in particular, Plaskett showed the infamous photo of an insurrectionist with his feet up on the desk in Pelosi’s office, noting that he was carrying a nearly 1 million-volt stun gun.

Horrifying as it was to see footage suggesting how much worse things could have been, the Democrats also screened newly released video suggesting that the riot was already much more dangerous and chaotic than had previously been understood.

In one clip, members of Congress are evacuated directly past an insurrectionist being held at gunpoint by a Capitol police officer, after trying to breach the doors to the House chamber.

And in a series of perhaps the most viscerally alarming clips shown on Wednesday, Democrats gave the Senate jurors a firsthand look at the violence at the Capitol entrance, as insurrectionists first broke through into the building.

At one point, impeachment manager Rep. Eric Swalwell (D-Calif.) apologized before airing an upsetting clip of Capitol police officer Daniel Hodges screaming in pain as he is pinned down by insurrectionists during the breach.

Hodges, who survived the attack, later told NBC News that “it was absolutely my pleasure to crush a white nationalist insurrection and I’m glad I was in a position to help. We’ll do it as many times as it takes.” The footage of Hodges’s injuries was reportedly so distressing that at least one Republican lawmaker appeared to tear up watching the clip.

All told, the footage shown by Democrats on Wednesday doesn’t dramatically change the basic facts of what we already know about Trump’s role in the Jan. 6 insurrection. What the clips do do, however, is deepen our understanding of just how dangerous his rhetoric was — and just how much worse things could have been if not for a precious combination of bravery and sheer luck.

Whether it will be enough for Senate Republicans to ultimately convict Trump seems depressingly unlikely.