News Politics
February 10, 2021 admin 0 Comments US
Poll: 5 of Biden’s 7 most unpopular executive orders are on immigration 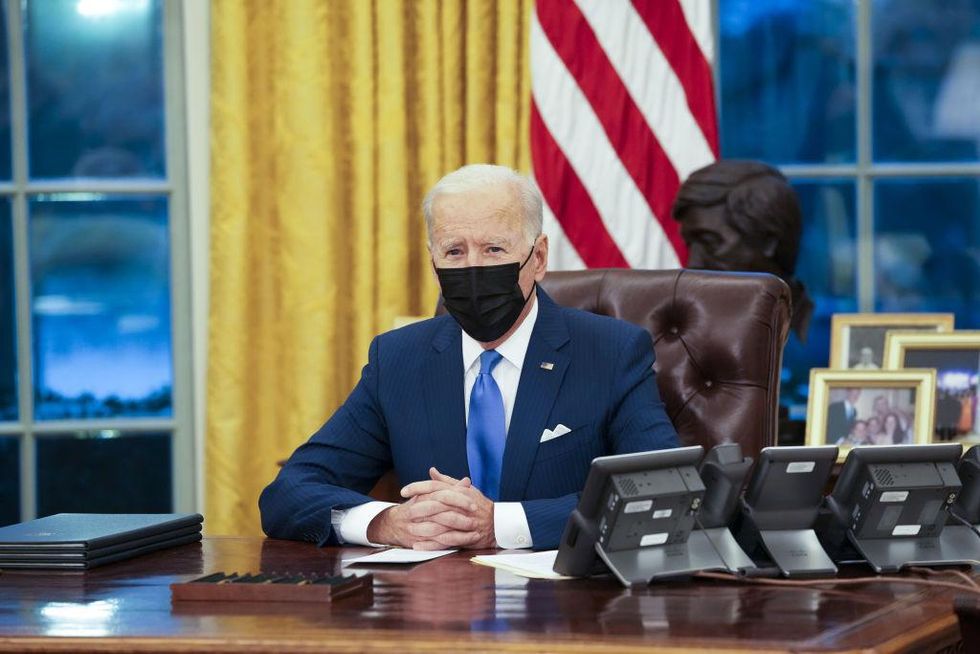 President Joe Biden has not even held office for a full month but has already taken more than 40 executive actions that, according to a new Morning Consult poll, are mostly popular with one outstanding exception. That exception is Biden’s executive order to greatly expand the number of refugees admitted to the United States.

According to the survey, Biden’s refugee order is the only executive action he’s taken that is downright unpopular, with 48% of voters opposing his plan to allow 110,000 more refugees to seek safe haven in the United States in the upcoming fiscal year and 39% of voters supporting the action.

Under President Donald Trump’s administration, refugee admittance was capped at a historic low of 15,000 people, whereas Biden has increased the cap to a historic high of 125,000 refugees.

New from me: @MorningConsult has polled 28 executive actions issued by @POTUS since Jan. 20.

His move to expand t… https://t.co/fAxaS7KzZu

“The finding from the latest survey, conducted Feb. 5-7 among 1,986 registered voters with a margin of error of 2 percentage points, reinforces the notion that immigration will be tricky political territory for the president,” Cameron Easley writes for Morning Consult. “Orders pertaining to immigration and immigrant rights constitute five of his seven least popular actions among voters, and are particularly animating for Republicans.”

Breaking down the numbers on Biden’s refugee order shows 3 in 5 Republican voters “strongly oppose” raising the refugee cap to 125,000 people. A similar number of Republican voters strongly opposed Biden ending construction of the U.S.-Mexico border wall and also opposed ending the immigration and travel restrictions from Muslim-majority countries flagged as hotbeds of terrorism.

Republicans are most strongly opposed (66%) to the Biden administration’s decision to reverse Trump’s policy and count illegal immigrants in the census.

The other two most unpopular Biden executive orders have to do with energy policy. The cancelation of the Keystone XL Pipeline is Biden’s third-most unpopular order, with 42% of voters supporting the decision to kill the pipeline project, 28% opposed, and 20% unsure. Biden’s order to eliminate fossil fuel subsidies has 45% support, 34% opposition, and 21% unsure.

Why Republicans Are Happy To Stoke Culture Wars