News Politics
February 9, 2021 admin 0 Comments US
Prominent black professor says he’s ‘struggling’ with his Christian faith — and with the viability of the ‘white church’ at large — after Trump presidency 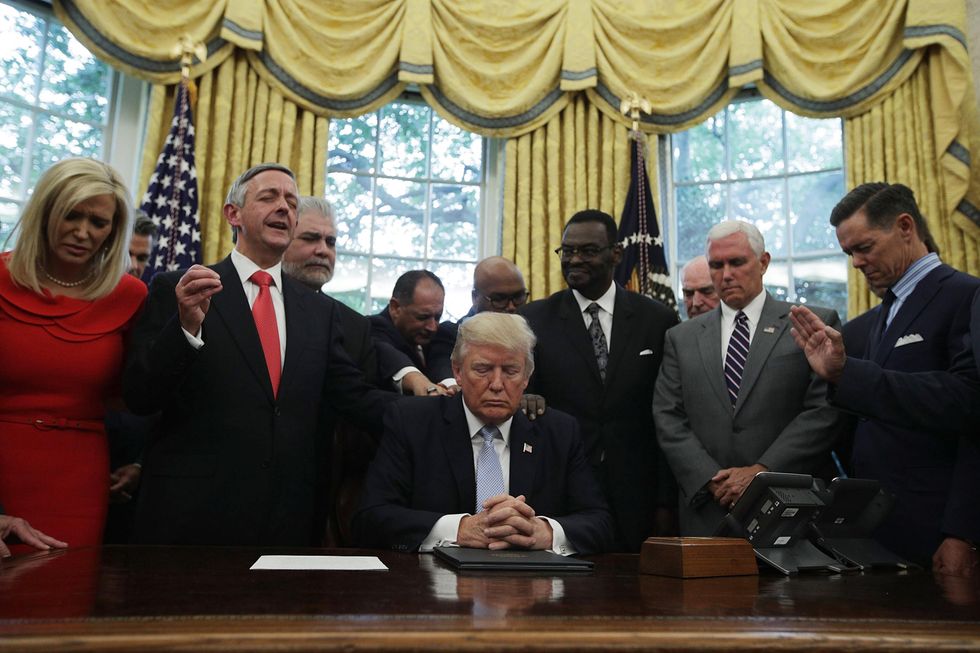 A North Carolina professor says that he’s struggling with his Christianity — all because of former President Donald Trump.

Issac Bailey — a professor of public policy at Davidson College, a 2014 Nieman fellow at Harvard University, and published author — published a lengthy opinion piece in Newsweek in which he revealed that he is “struggling with [his] Christianity after Trump.”

Bailey — a self-professed lifelong Christian — wrote, “I’m struggling to hold fast to my Christianity — because of Donald Trump. Not exactly Trump himself, though, but the undying support of the self-professed Christian pro-life movement that he enjoyed.”

“My faith,” he complained, “is in tatters because of that alliance. And I am constantly wondering if I am indirectly complicit because I dedicated my life to the same Jesus the insurrectionists prayed to in the Capitol building after ransacking it and promising to kill those who didn’t do their bidding.”

Bailey mused, “If Christianity can convince so many to follow a man like Trump almost worshipfully — or couldn’t at least help millions discern the unique threat Trump represented — what good is it really?”

Bailey explained that Christians “have their excuses” when it came to following and supporting the 45th president.

“Rev. Franklin Graham of North Carolina, who swiftly dumped his Clinton-era rhetoric about the importance of morality and character in our leaders to embrace Trump, lashed out as the 10 Republicans who voted to impeach Trump after a Trump-inspired insurrection and lavished Trump with praise,” Bailey added. “‘We have never had a president like him in my lifetime,’ he wrote on Facebook. ‘He gave us lower taxes, a strong economy, and low unemployment. He made NATO take notice and pay their own way. He had the guts to take on North Korea and meet with their leader personally. He didn’t let China walk all over us. Just his Mideast peace initiatives in the last couple of months deserve a Nobel Peace Prize. He has defended religious liberty like no president before him, and that matters to people of all faith. He has worked to bring prison reform and secured our southern border. He defeated the ISIS caliphate in Syria, and he strengthened our military.’ And then the kicker: ‘He was also the most pro-life president we ever had.'”

‘How could anyone in good faith call him “pro-life”?’

Bailey then suggested that Trump is not pro-life at all when it comes to those outside the womb.

“Trump oversaw a 200% increase in civilian deaths in Iraq and Syria during his first year in office,” he wrote. “He presided over more than 460,000 COVID-19 deaths, far outpacing any other industrialized country. He repeatedly demonized a group of men, women and children seeking refuge in this country from the violence and uncertainty they faced in their own. A man picked up an AR-15-style assault rifle and committed a massacre in the Tree of Life Synagogue in Pittsburgh after becoming convinced Jews were responsible for the despised caravan of vulnerable brown people. He murdered 11 people; how could Christians have supported the man whose conspiracy theory he quoted?”

Bailey pointed out what he believes was Trump’s role in inciting the Jan. 6 storming of the U.S. Capitol in Washington, D.C., and complained that he fast-tracked 13 federal executions in the last months of his president.

“How could 60% of white Catholic voters and 8 and 10 white evangelicals back this man?” he asked. “How could anyone in good faith call him ‘pro-life?'”

He continued, “What they mean by pro-life is that Trump was anti-abortion. And yet, there is no evidence — none — that putting a pro-life president in the White House drastically affects the abortion rate, which has been falling steadily for most of my life, but faster during Democratic administrations,” and pointed out that true effective policies include a “focus on comprehensive health care and contraceptive coverage” that better impact the abortion rate overall.

‘The body count left in Trump’s wake is immense’

Citing the Guttmacher Institute, which recently reported that “unintended pregnancy rates are the highest in countries that restrict abortion access and lowest in countries where abortion is broadly legal,” Bailey added that “many pro-life Christians” simply never accepted that “complex reality,” which made them susceptible to a presidential candidate such as Trump.

“You know who understands that complex reality?” he continued. “Christian people of color. The embrace of Trump was largely a white Christian phenomenon. Because we don’t have the luxury of seeing things in black and white.”

Bailey says that though he and his wife encountered miscarriage, he’d “never call myself pro-life.”

“I want abortions to be rare but believe the best way to get there is to support women and distressed families in a comprehensive way that will reduce unintended and high-risk pregnancies,” he added. “We do not get there by turning over a pregnant woman’s body to the state.”

Bailey concluded, “This is my Christianity, the Christian faith that sustained my family through the Jim Crow South, poverty and too many bouts with the criminal justice system. But I’m struggling. I don’t want to be a part of any organization that would support those at the highest levels who demonize and belittle the vulnerable, that would look the other way in order to hold onto power. The body count left in Trump’s wake is immense. Add to the list my faith in the white church.”

Trump’s tax records are finally headed to the Manhattan DA