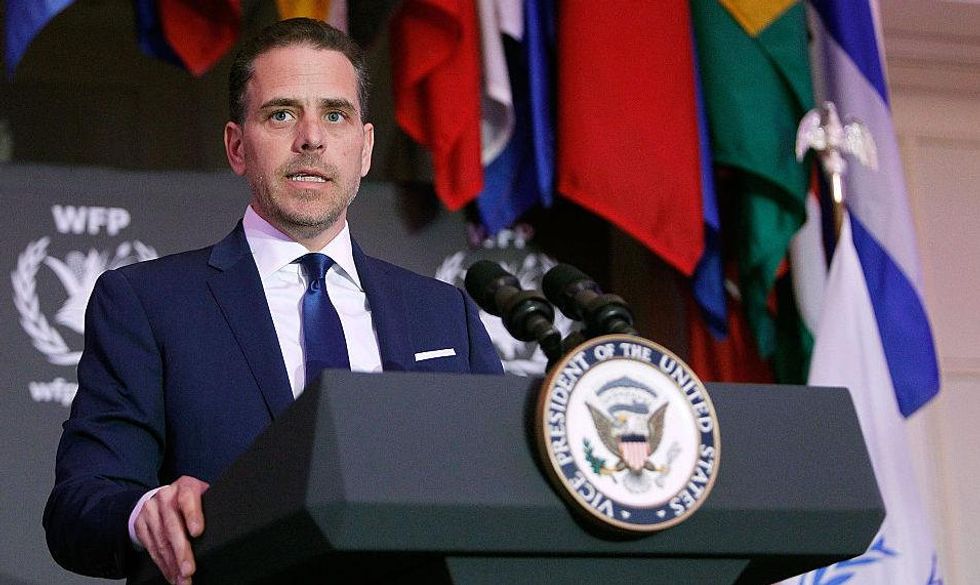 Simon & Schuster announced this week that one of its imprints will publish a forthcoming memoir from Hunter Biden, the son of President Joe Biden.

The announcement came just weeks after the publishing house backed out of moving forward with the publication of a book from Sen. Josh Hawley (R-Mo.).

Simon & Schuster announced on Thursday that Gallery Books, an imprint of publishing house, will publish a book from Hunter Biden in April titled, “Beautiful Things.”

The book “details Hunter’s descent into substance abuse and his tortuous path to sobriety,” according to a press release.

The book received advanced praise from novelist Stephen King, who gushed over the book.

In AA we say it doesn’t matter if you come from Yale or jail, all addicts are the same. In his harrowing and compulsively readable memoir, Hunter Biden proves again that anybody—even the son of a United States President—can take a ride on the pink horse down nightmare alley. There are plenty of memoirs about the Three Rs (rum, ruin, and redemption), but there are sections in this one that stand out with haunting clarity. Biden remembers it all and tells it all with a bravery that is both heartbreaking and quite gorgeous. He starts with a question: Where’s Hunter? The answer is he’s in this book, the good, the bad, and the beautiful.

Hunter Biden has been in news headlines routinely since 2019, facing scrutiny for his overseas business dealings in Ukraine and China.

Hunter Biden admitted in December that he is under federal investigation.

“I learned yesterday for the first time that the U.S. Attorney’s Office in Delaware advised my legal counsel, also yesterday, that they are investigating my tax affairs. I take this matter very seriously but I am confident that a professional and objective review of these matters will demonstrate that I handled my affairs legally and appropriately, including with the benefit of professional tax advisors,” Hunter Biden said in a statement, which was released by the Biden-Harris transition team.

What is the background?

One day after the deadly violence at the U.S. Capitol on Jan. 6, Simon & Schuster cancelled the publication of Hawley’s book, claiming the Republican lawmaker played a “role” in inciting the violence.

The publisher said in a statement:

After witnessing the disturbing, deadly insurrection that took place on Wednesday in Washington, D.C., Simon & Schuster has decided to cancel publication of Senator Josh Hawley’s forthcoming book, THE TYRANNY OF BIG TECH. We did not come to this decision lightly. As a publisher it will always be our mission to amplify a variety of voice and viewpoints; at the same time we take seriously our larger public responsibility as citizens, and cannot support Senator Hawley after his role in what became a dangerous threat to our democracy and freedom.

Fortunately for Hawley, Regnery Publishing, which is known for publishing conservative titles, announced they would publish Hawley’s forthcoming book.