Poll: 64% of Republicans would leave GOP for new third party founded by TrumpFebruary 5, 2021 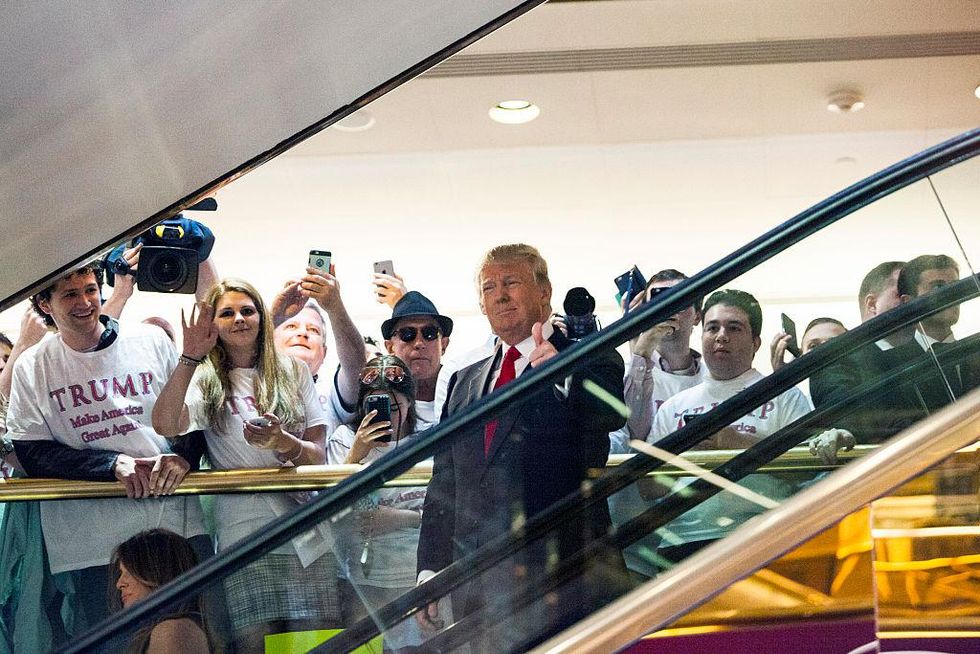 Most Republicans would quit the GOP and join a hypothetical third party started by former President Donald Trump, a new Hill-HarrisX poll finds.

According to the survey, 64% of registered Republicans said they would join a new political party if Trump founded one. No less than 32% said they would be “very likely” to join a Trump party.

Just 36% of Republicans opposed leaving the GOP for a party founded by Trump.

But it’s not just Republicans who could be swayed to a third-party movement. The survey found 28% of self-identified independents and 15% of Democrats said they would be likely to join a Trump party.

Overall, 37% of voters said if Trump starts a new political party, they’d be likely to join.

Since leaving the presidency, Trump has reportedly floated the idea of forming a “Patriot Party” to galvanize his remaining supporters into a movement that could challenge the two-party dominance of American politics.

In his farewell address, Trump said that the movement that put him in the White House four years ago was “only just beginning.”

“As I prepare to hand power over to a new administration at noon on Wednesday, I want you to know that the movement we started is only just beginning,” he said. “There’s never been anything like it. The belief that a nation must serve its citizens will not dwindle but instead only grow stronger by the day. As long as the American people hold in their hearts deep and devoted love of country, then there is nothing this nation cannot achieve.”

In his final speech as president at Joint Base Andrews, Trump promised, “We will be back in some form.”

Though support for Trump to run for president again in 2024 has dropped 20 points since December, according to a survey from Echelon Insights, the Hill-HarrisX poll suggests Trump still holds large sway with many Republican voters.

“These numbers show that despite the Capitol riots Trump remains a political force to be reckoned with. He benefits from a diverse base of support making up over a third of voters, voters who are attracted to him on a number of issues that are yet to be properly addressed by, and coopted by, Democratic and Republican elites,” Dritan Nesho, CEO and chief pollster at HarrisX, told Hill.TV.

“If Trump were to split from the GOP and create his own party, polling suggests he might well create the second largest political party in the country, knocking the GOP down to third place,” Nesho added.

The Hill-HarrisX poll was an online survey of 945 registered voters with 340 respondents self-identifying as Republicans. It has a margin of error of +/- 3 percentage points.

Breakthrough on fishing rights as Brexit talks hang in the balance

The Antipope of Mar-a-Lago