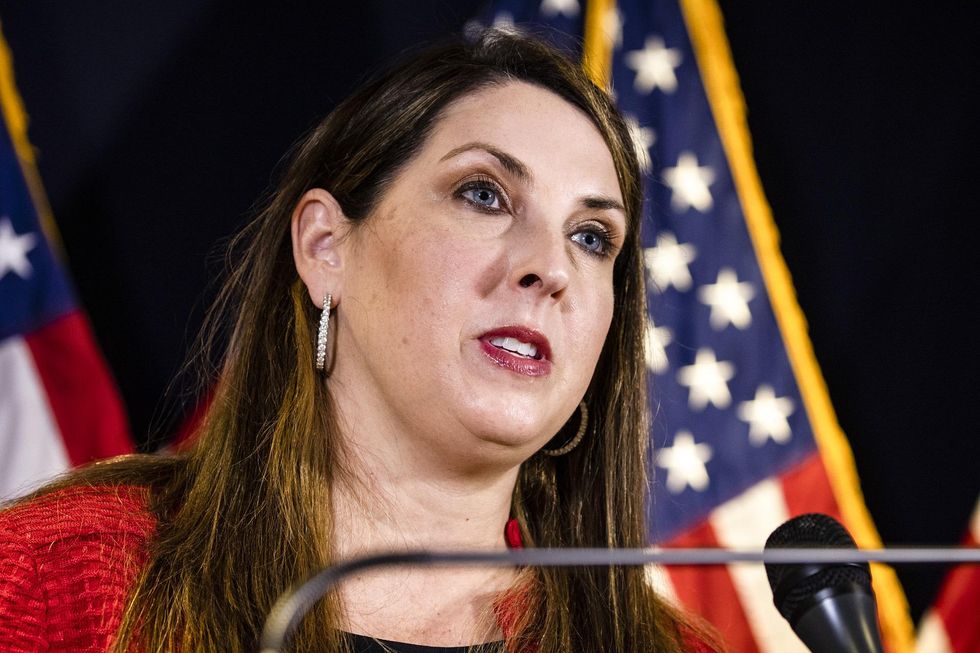 Republican National Committee Chairwoman Ronna Romney McDaniel has expressed regrets over allowing attorneys Sidney Powell and Rudy Giuliani to use the party’s headquarters to hold their famous media conference where Powell vowed to unleash the “Kraken” and expose allegations of widespread voter fraud, saying some of the claims sparked liability concerns.

In the aftermath of Election Day, McDaniel allowed two Trump attorneys — Sidney Powell and Rudolph W. Giuliani — to use the RNC’s lobby for a news conference in which they spouted discredited claims. Giuliani’s black hair dye dripping down his face got more attention than his remarks. McDaniel later told allies that she regretted her decision.

During an interview with The New York Times on Friday, McDaniel looked back on the Nov. 19 presser, recalling, “When I saw some of the things Sidney was saying, without proof, I certainly was concerned it was happening in my building.”

McDaniel added, “There are a whole host of issues we had to deal with — what is the liability of the R.N.C., if these allegations are made and unfounded?”

During the Nov. 19 press conference at the RNC headquarters, lawyers for the former president including Powell and Giuliani claimed that Democrats had organized around the country to steal hundreds of thousands of votes in key battleground states including Michigan, Pennsylvania and Georgia.

Following the news conference, the Trump campaign distanced itself from Powell, who had further vowed to prove a conspiracy that voting machines in the U.S. were easily manipulated and that election results were overturned in multiple races through schemes involving foreign entities.

Last month, Dominion Voting Systems — one of the firms Powell accused of involvement in the alleged fraud, — sued Powell for $1.3 billion and soon thereafter filed suit seeking the same in damages from Giuliani.

McDaniel has been an ardent supporter of President Donald Trump, but has stopped short of promoting his allegations that the presidential election was stolen from him.

Last week, she said that the RNC would remain “neutral” in 2024 if Trump decides to launch another bid for the White House.

She told the Associated Press:

“The party has to stay neutral. I’m not telling anybody to run or not to run in 2024. That’s going to be up to those candidates going forward. What I really do want to see him do, though, is help us win back majorities in 2022.”

Trump aides made a late request to Team Biden to extend their parental leave. They said no.