Skip to content
News Politics
January 30, 2021 admin 0 Comments US
Tulsi Gabbard challenges Nancy Pelosi for ‘enemy is within the House’ rhetoric: ‘Like throwing a match into a tinderbox’ 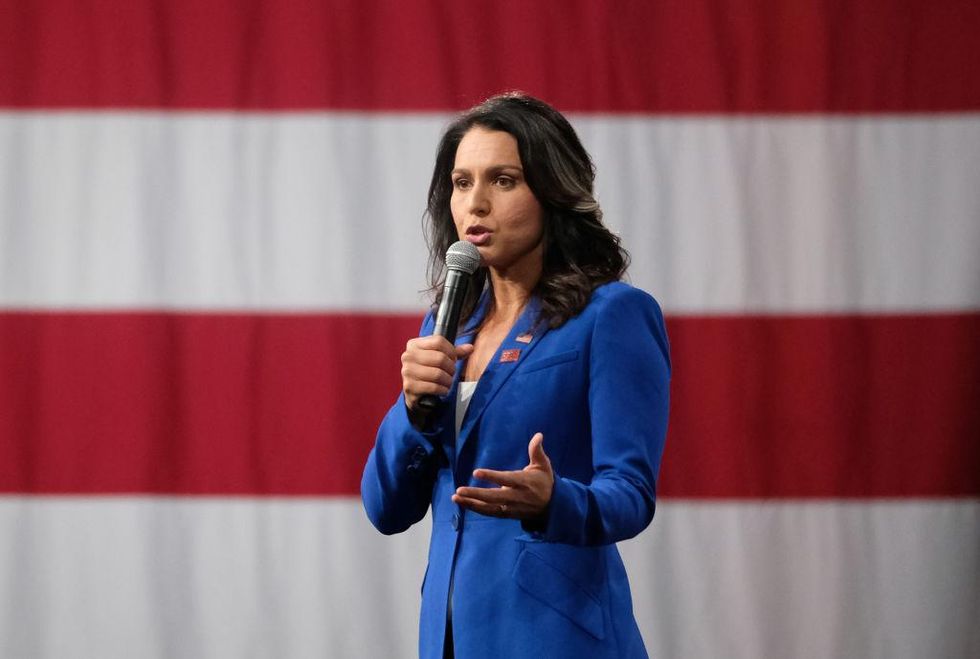 Pelosi maligned Republicans this week by saying, “I do believe, and I have said this all along, that we will probably need a supplemental for more security for members when the enemy is within the House of Representatives, a threat that members are concerned about in addition to what is happening outside.”

When asked by the press to clarify what she meant by “the enemy” within, Pelosi doubled-downed, “It means that we have members of Congress who want to bring guns on the floor and have threatened violence on other members of Congress.”

On Friday night, Gabbard appeared on “The Ingraham Angle,” where she reprimanded Pelosi for her remarks.

“This kind of broad, inflammatory rhetoric is like throwing a match into the tinderbox,” Gabbard said of Pelosi’s “enemy” within comments.

Regarding the claim of GOP lawmakers threatening “violence on other members of Congress,” Gabbard clamored for Pelosi to get law enforcement involved if the threats are legitimate.

“What Speaker Pelosi is talking about is a very serious thing,” the former Democratic representative told Fox News host Lauran Ingraham. “If there is evidence to back what she is saying … is true, this is a legal issue for law enforcement. Because members of Congress are not above the law either.”

Ingraham asked Gabbard if the claims made by Pelosi could incite more division and fuel more animosity.

“Isn’t this also inciting? If you think there is someone among the Republican caucus who’s actively plotting the murder of Nancy Pelosi or other members of Congress, that could then bring violence upon those individuals,” Ingraham said.

“That’s really the issue here. If this is a criminal threat, let law enforcement deal with it,” Gabbard responded. “If there is no evidence of what she is talking about, and if it is not true, it is inciting further division and further harm potentially and further destroying the possibility of our country coming together.”

Gabbard challenged the speaker of the House, “This is why it’s so important for Nancy Pelosi – again if these accusations are baseless – she needs to apologize, not so much to her colleagues but really to the American people who right now, more than ever, need leadership coming from the speaker of the House, who represents all members of Congress and the American people to bring us together.”

“For her and President Biden to deescalate these tensions, to turn down the temperature, to denounce those who are seeking to undermine our civil liberties and our constitutional rights, and who are inflaming these tensions,” Gabbard advised her fellow Democratic leadership. “To say, ‘Hey, we’re all Americans, and we need to come together.'”

Ingraham questioned if the Democrats in power are weaponizing the Jan. 6 Capitol riots “to justify future encroachment on civil liberties.” She hypothesized if Democrats might be “setting the stage” for “aggressive gun control,” putting a “wall around the Capitol,” or making Washington, D.C. a state.

Gabbard agreed, “I share your same concerns.” She reasoned that if the “party in charge can extend this kind of government overreach and using the military and intelligence agencies against people who are of the opposing party or hold different views, then what’s to say the next party who comes in and takes charge can’t do the same? That really leaves us with a banana republic, not a democracy.”