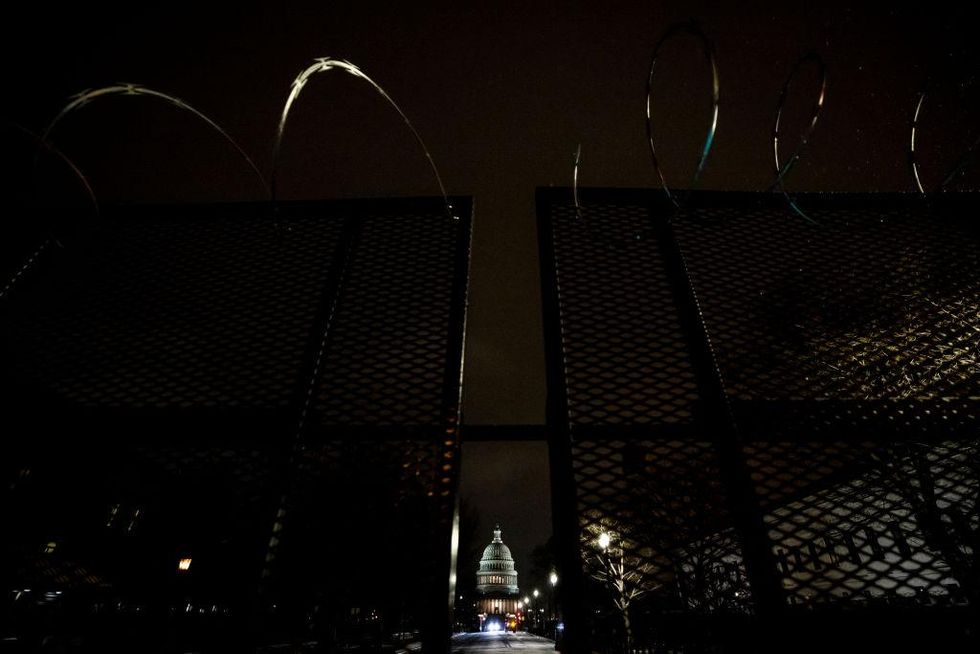 Following the U.S. Capitol riots on Jan. 6, the Dr. William Thornton-designed building for Congress has been fortified with barricades and fencing. There are calls to erect permanent fencing around the U.S. Capitol building to protect Congress, but many are pointing out the hypocrisy after shrieks for four years that walls are offensive and inhumane.

Acting U.S. Capitol Police Chief Yogananda Pittman is calling for permanent fencing surrounding the Capitol building after she ordered the department to “conduct a physical security assessment of the entire Capitol Complex” on Jan. 8.

“In light of recent events, I can unequivocally say that vast improvements to the physical security infrastructure must be made to include permanent fencing, and the availability of ready, back-up forces in close proximity to the Capitol,” Pittman recommended following the evaluation.

Pittman noted that even before the 9/11 terrorist attacks that “security experts argued that more needed to be done to protect the U.S. Capitol.” She added, “In fact, a 2006 security assessment specifically recommended the installation of a permanent perimeter fence around the Capitol.”

“I look forward to working with Congress on identifying the security improvements necessary to ensure the safety and security of the Congress and the U.S. Capitol,” Pittman concluded in a statement released on Thursday.

The recommendation was immediately countered with resistance, including by Washington, D.C., Mayor Muriel Bowser (D), who said the city “will not accept extra troops or permanent fencing as a long-term fixture in D.C.”

Other reactions on the internet to a permanent wall at the U.S. Capitol include Rep. Ashley Hinson (R-Iowa), who proclaimed, “This is wrong. We serve in the People’s House—we need to be safe, but cutting off access to the Capitol isn’t the answer.”

Rep. Jake Auchincloss (D-Mass.) said, “It is a mistake to turn the home of our democracy into a fortress. The Capitol needs to be safely open for constituents, press, and visitors.”

Rep. Jennifer Wexton (D-Va.) stated, “I adamantly oppose this action. A fence didn’t fail us. Law enforcement leaders did. I believe we can keep Members, press, staff, my constituents, and all those who work here safe without walling off the symbol of our democracy. It’s the People’s House—let’s keep it that way.”

There was also a flood of people on Twitter pointing out the hypocrisy of Congress being protected by permanent fencing after four years of Democrats vehemently opposing former President Donald Trump’s southern border wall that sparked thousands of debates about immigration. Last week, President Joe Biden signed an executive order to halt the construction of the border wall.

RedState editor Kira Davis sneered, “So we won’t build a wall to keep non-citizens from busting into our country illegally but we’ll build a wall around the People’s House to keep the citizens out. Got it. Got that America? You’re not welcome in your own buildings.”

Former CIA officer Bryan Dean Wright reacted by pointing out, “Democrats spent the past four years outraged at security fences & walls being built on the border because racism!, violence!,Trump!, etc. Their support of fences now — to protect their hides — makes it clear: Security for them, not for you. Not for America.”

Writer Greg Price joked, “We should really consider putting one of these on our southern border.”

Global Guerrillas Report writer John Robb wrote, “As expected, the new Green Zone in DC has become permanent. We might see another exclusion zone for the HQs of hedge funds and investment banks in the not too distant future too.”

Max Abrahms, professor of political science and public policy at Northeastern University, advised, “Law enforcement needs to decide whether the threat is an insurgency or a terrorist attack. I would suggest the threat is terrorism. But most of the countermeasures since January 6th have been for an insurgency.”