Supporters of President Donald Trump clashed with Washington, D.C., Metropolitan Police on Tuesday night, on the eve of a planned rally in support of the president’s ongoing challenge to the results of the 2020 presidential election called for President-elect Joe Biden.

Footage on the ground shows pepper spray being deployed by officers and some protesters condemning law enforcement as officers sought to keep the peace at Black Lives Matter Plaza, where counterprotesters had also reportedly congregated.

Trump supporters from across the U.S. converged on the nation’s capital city ahead of the “Save America March” set for Wednesday, when
the president plans to address the rally.

Late Tuesday evening, video from independent journalists and photographs from Getty Images showed skirmishes from the scene and one woman with a bloodied face who said she was assaulted by a Black Lives Matter activist.

Journalist Brendan Gutenschwager reported that Trump supporters and the Proud Boys attempted to enter BLM Plaza but police pushed back against the protesters seeking access. Several clips show officers using pepper spray to push back the crowd, in what the reporter called a “chaotic scene.”

Following pushback from police and the arrests of some Trump supporters, one man was seen on camera berating officers, telling them, “You lost both sides of support. We had your f***ing back, but we ain’t got your back no more!”

“You lost both sides of support. We had your f***ing back, but we ain’t got your back no more!” Trump supporters ye… https://t.co/12htdgi30v

Journalist Tomas Morales shared footage online showing a woman badly bloodied, who says on the video that she was hit by a BLM supporter and that the police protected the alleged assailant.

Woman claims she was hit by BLM & that MPD protected the aggressor.

A photographer from Getty Images also documented the woman’s injuries, saying the woman was “struck in the face when police attempted to push back a group of pro-Trump protesters that tried to push through their lines into Black Lives Matter Plaza.” 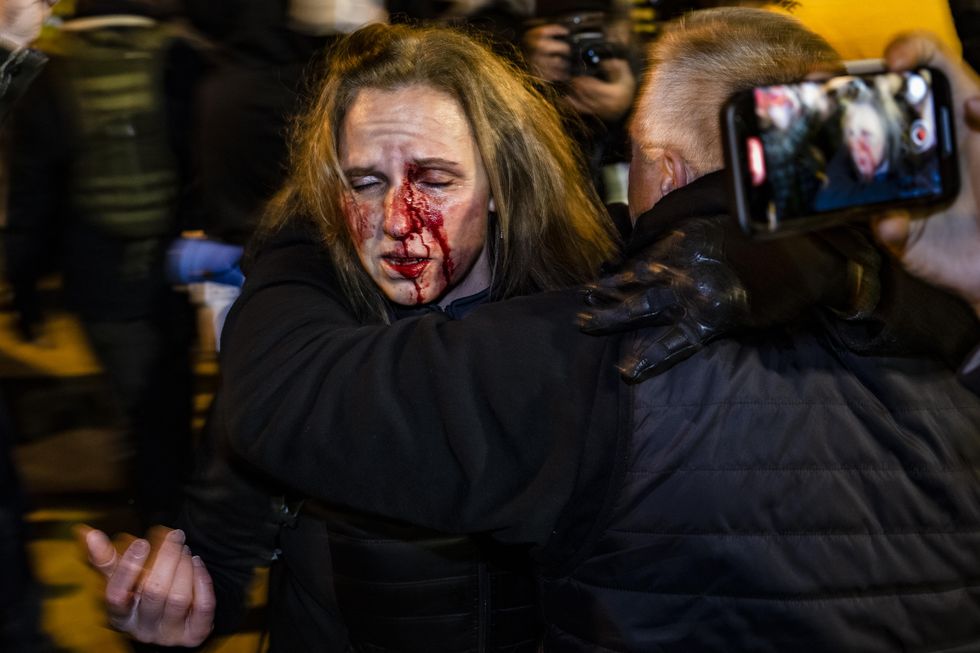 According to Morales, as of around 11 p.m. EST, riot police remained “on standby outside of BLM Plaza.”

NOW: Riot Police on standby outside of BLM Plaza. https://t.co/tY0nAVEO97

‘Does it Woke?’: The most woke video the Steve Deace Show has ever reviewed

Dr. Fauci says politicizing mask-wearing in US contributed to ‘stunning’ death toll of 500,000