Elderly Jewish man confronts vandal for ripping down Trump flag. But the crook just comes back and destroys another one.October 20, 2020

And the Trump flag hits just keep on coming.

Surveillance video caught a vandal ripping down a flag supporting President Donald Trump on Thursday night that had been hanging from a residential balcony in the Crown Heights neighborhood of Brooklyn, CrownHeights.Info reported.

The outlet said video caught the same person returning about an hour later to destroy a second Trump flag hanging from the same balcony.

Video shows the vandal wearing a dark-colored hoodie, gray pants, and a mask on the sidewalk in front of the balcony around 7:15 p.m. CrownHeights.info said he was taking photos of the residence before announcing himself as a delivery man and entering the building — but he wasn’t let inside the apartment.

Then the vandal reached up and ripped down the first Trump flag hanging from the balcony. 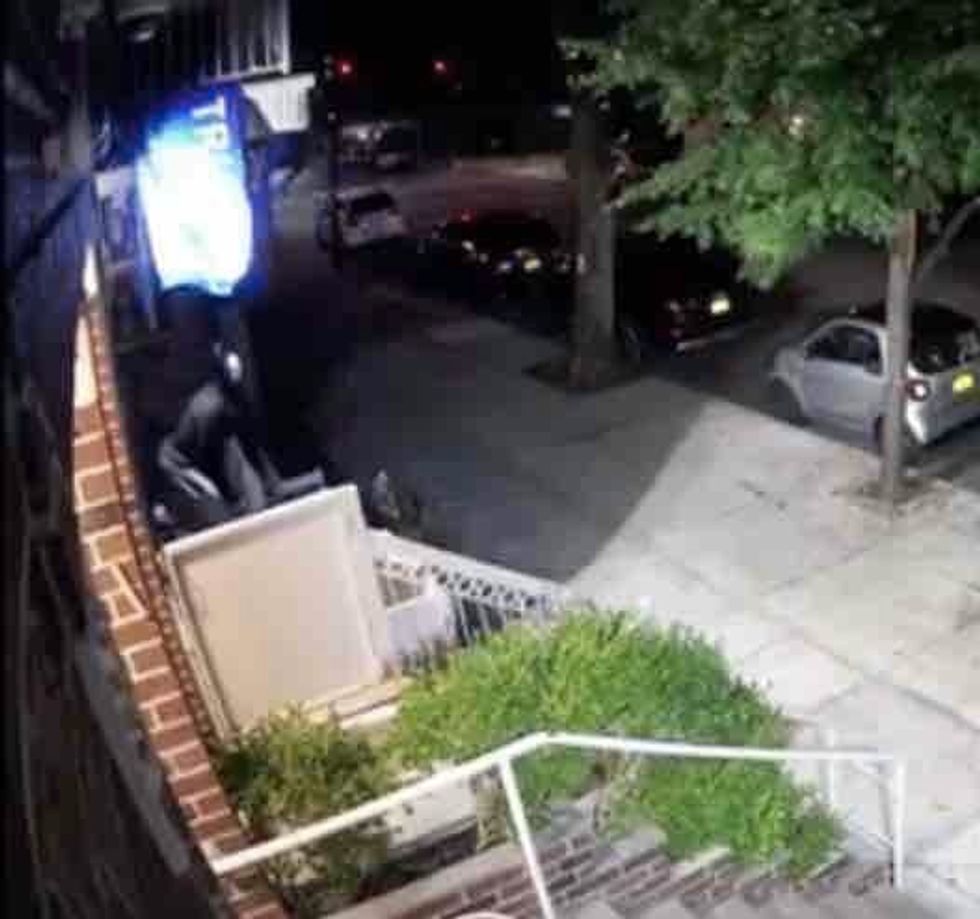 An elderly Jewish man was passing by and confronted the vandal, but the crook didn’t appear concerned in the least. 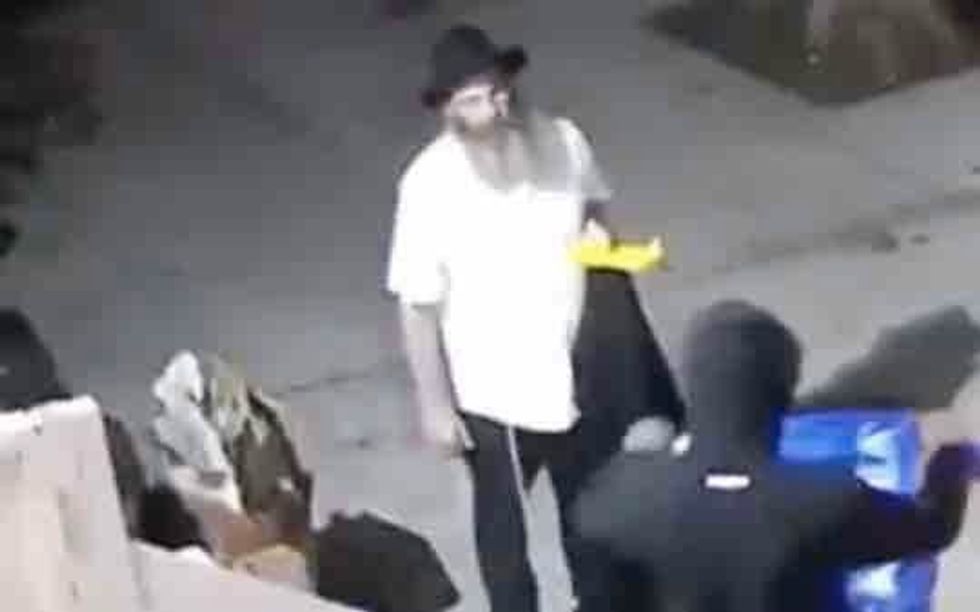 And when the man walked away, the vandal pulled out his phone and appeared to record video of him — and then he stomped on the Trump flag.

About an hour later, video shows the vandal coming back for more.

As two females sat on the steps next door, the vandal grabbed a long piece of wood with nails protruding from the end and used it to rip and tear at a second Trump flag hanging from the same balcony. 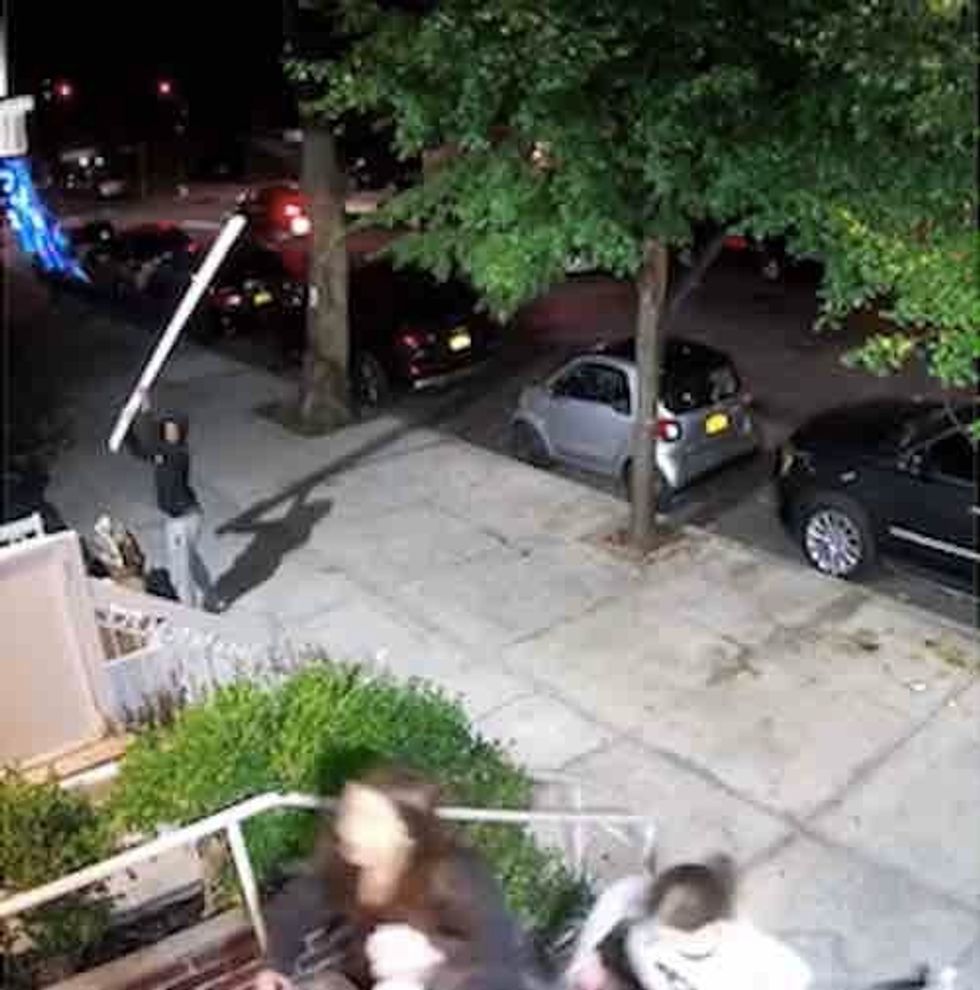 The females ran up the steps in apparent fear, and the vandal tossed the long piece of wood in apparent exultation after destroying the second Trump flag. 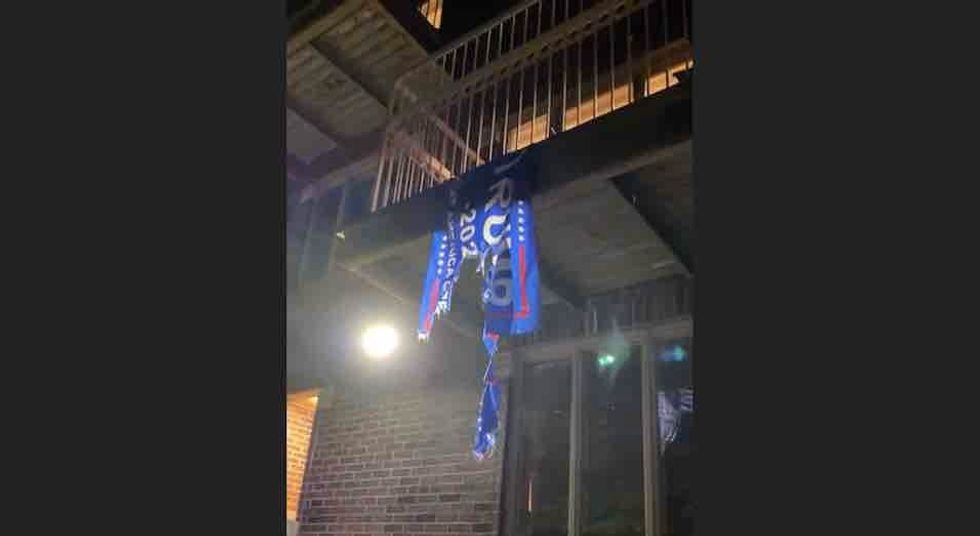 CrownHeights.info said the residence was targeted previously in an act of vandalism over its “Trump pride.”

Here are the clips showing the separate acts of vandalism:

The hits just keep on coming

Pro-Trump flags and banners appear to be triggering all sorts of strange behavior of late as the presidential election draws closer: