Woman caught on video pulling off her mask and coughing on a baby. Cops say she may have been upset over lack of social distancingJune 26, 2020 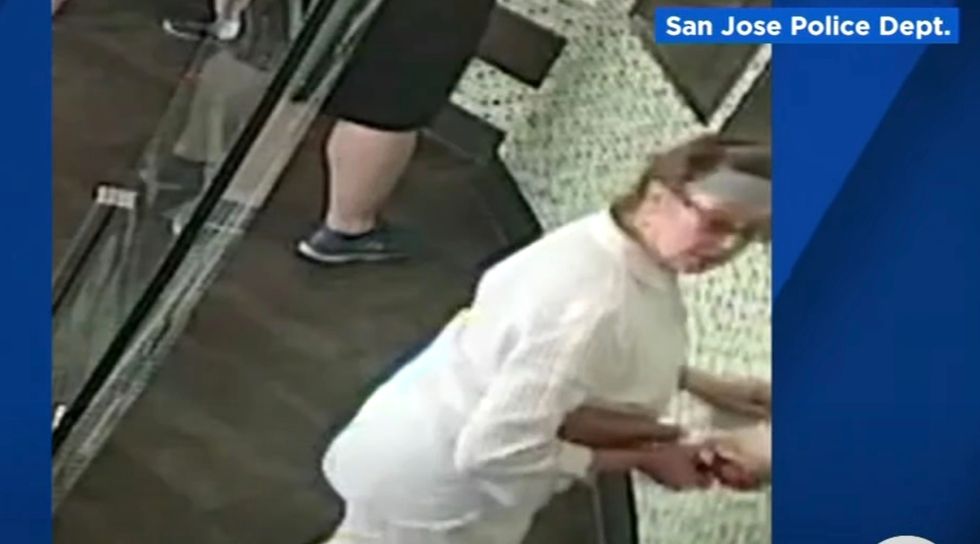 A woman may face felony charges after she was caught on surveillance video coughing on a baby in a stroller because she was angry about the lack of social distancing.

The incident happened at a Yogurtland restaurant in San Jose, California, on Friday.

Mireya Mora said she was waiting in line with her one-year-old son and her mother when an older woman approached her baby, took off her mask, and coughed two or three times in his direction.

Police said she might have been upset that Mora may not have been maintaining proper social distancing because pointed at the ground right before her actions. Meanwhile, Mora told KGO-TV that she believed the woman was angered because she spoke Spanish to her mother.

Surveillance video of the event was released so that the public could help the police find the woman:

According to the San Francisco Chronicle, the woman might be an employee of the Oak Grove School District.

Superintendent Jose L. Manzo said in a statement on Wednesday that they were aware of the incident “allegedly involving one of our employees who was videotaped coughing on a baby at a local eatery.”

He added that the employee was not currently working or providing service to their students.

“We do not tolerate conduct from any employee that compromises any child’s safety,” Manzo added.

Coughing intentionally on someone during the coronavirus pandemic could be charged as felony assault, though police have only indicated that they are investigating the matter as an assault.

Here’s a local news report about the incident: