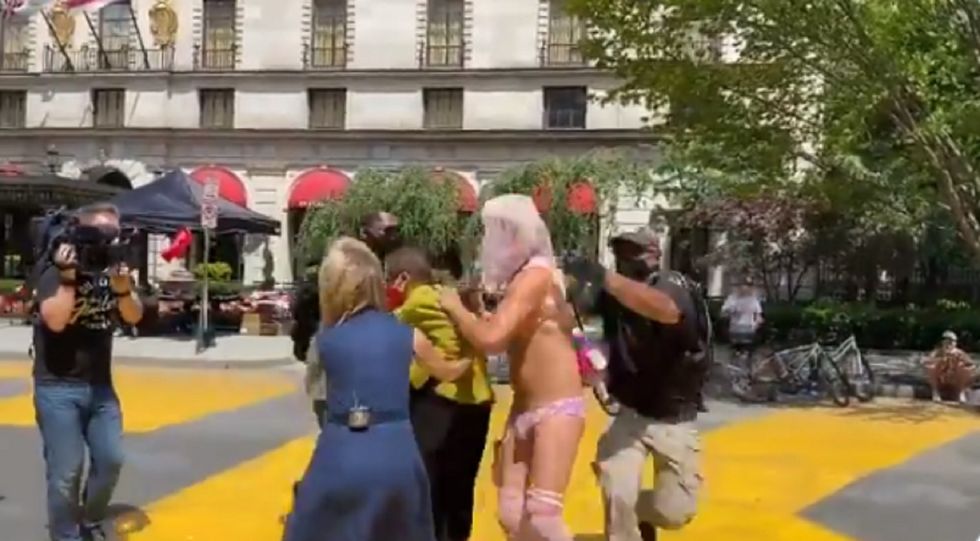 NBC News anchor Andrea Mitchell and Del. Eleanor Holmes Norton (D-District of Columbia) were rushed by a bikini-clad protester on Tuesday at the Black Lives Matter Plaza in Washington, D.C.

The incident was caught on video, and shows the perpetrator being grabbed and pushed away by security as the congresswoman — a non-voting member of the House of Representatives — yells, “Where’s the police when you need them?”

Footage of the incident was posted to Twitter, and shows Mitchell and Norton standing next to each other in front of a camera as an apparent biological male wearing a pink bikini and thigh-high stockings dashes up to the two women and places their hands on the congresswoman’s back.

Security quickly grabs the activist and pushes them away. As security keeps the activist at a safe distance, Del. Norton yells out, “Where’s the police when you need them?”

A clip taken by WUSA-TV shows the bikini-wearing demonstrator also asking “where’s the police?” accusing the security personnel of assaulting them.

In the same area the night before, protesters attempted to set up a “Black House Autonomous Zone,” or “BHAZ,” a police-free anarchist occupation mimicking the so-called “CHOP/CHAZ” area in Seattle amid calls from far-left protesters across the nation to “defund the police.”

President Donald Trump tweeted Tuesday, “There will never be an ‘Autonomous Zone’ in Washington, D.C., as long as I’m your President. If they try they will be met with serious force!”

The tweet was restricted by Twitter, with the warning: “We’ve placed a public interest notice on this Tweet for violating our policy against abusive behavior, specifically, the presence of a threat of harm against an identifiable group.” 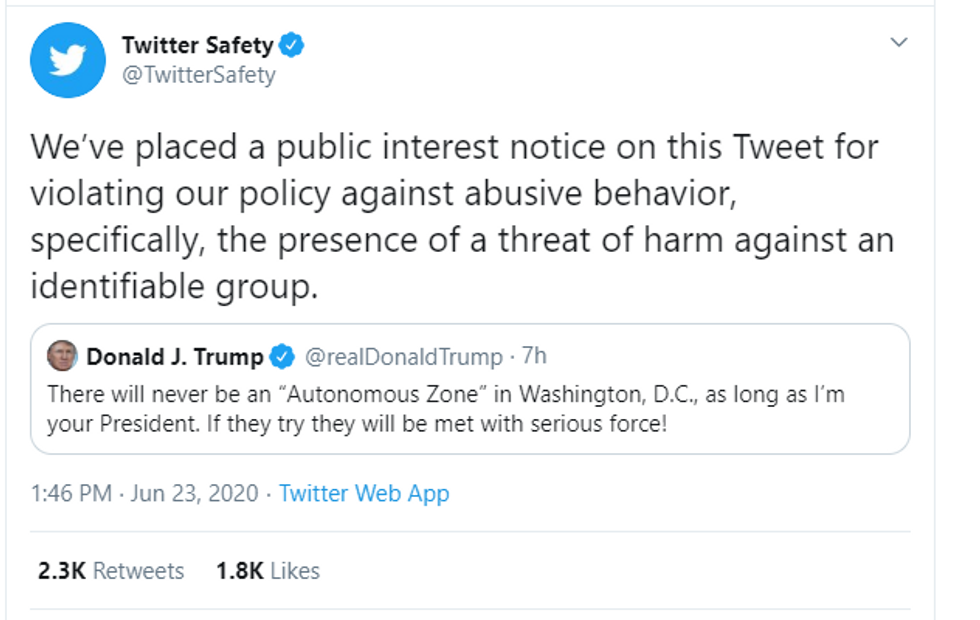 ‘Keep back!’: How the Biden campaign obsesses over Covid